Makers of 1986’s Troll to Remake Movie and Call It The Troll: Rise of Harry Potter 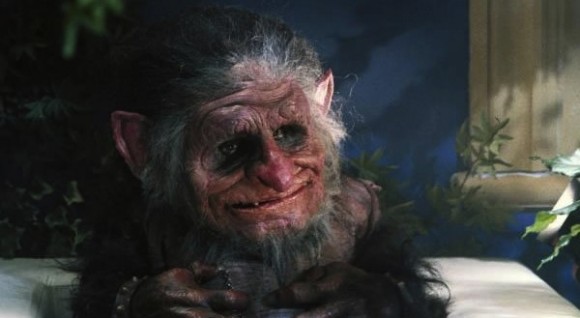 You might be surprised to find out that Harry Potter, Boy Wizard, was not the first Harry Potter to have his own Big Hollywood Movie. In fact, way back in 1986, four years before J.K. Rowling conjured up her famous character on a train ride, a low-budget B-movie called Troll was released and featured a young man as the protagonist whose name was Harry Potter. And now that everyone knows the name “Harry Potter,” the makers of Troll are getting ready to remake their movie with the title The Troll: Rise of Harry Potter. And they already have not-Daniel Radcliffe‘s replacement! And a lawyer!

If you’re wondering why Troll‘s writer/director John Carl Buechler and the other people responsible for the movie’s production didn’t sue Rowling when her books and movies started making all that money, their lawyer, Thomas Girardi, has the following explanation:

“While some of the films’ themes might seem familiar, Troll‘s owner decided not to sue J. K. Rowling or Warner Bros... because of a family tragedy at the time. They just put it on the back burner… and delayed matters until now.

“There is no problem with doing a remake of Troll because you can remake your own stuff. Everybody knows it was our material. We made the movie years before Rowling came out with her book.”

In fact, a suit was considered. But everyone involved with Troll is making sure all their bases are covered and are confident that they should be able to make their own Harry Potter movie without any interference from that other Harry Potter movie. Because come on, 1. they came up with the name first and 2. they were totally different movies anyway! In Troll, Harry Potter (then played by Noah Hathaway, now to be played by Harrison Bliss) must defeat an evil wizard who is posing as a troll, who is hiding out in their apartment. Oh, so there are wizards in this one. If that troll’s name is something like “Drobby,” we might have a fierce legal battle on our hands, guys. But the movie’s spokesman Ed Lozzi wants to be very clear:

“This film is not a continuation of J.K. Rowling’s intrepid boy wizard. It is about everybody’s other favourite boy with magical powers – Harry Potter Jr. – and his father Harry Potter.”

(WENN on IMDb via Flavorwire)