Of course, it's sadly devoid of Mauraders. 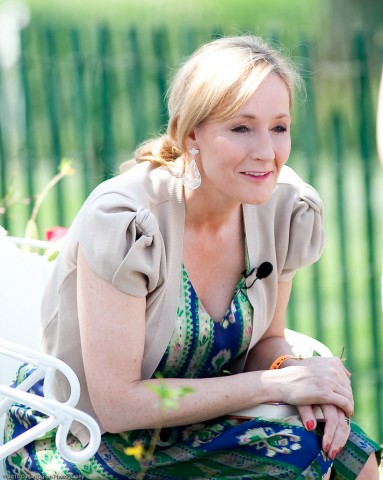 We all knew that J.K. Rowling wasn’t going to be able to stay away from her beloved wizarding franchise for very long after it ended, but we all sort of thought that she’d be too busy with Fantastic Beasts and Where To Find Them to get much else done. Apparently, however, she’s looking to bring the Boy Who Lived to live theater as well — and not in the way you’d expect.

Rumors of the project began to leak last night, but it wasn’t until Associated Press released a story about the upcoming play that we really began to take it seriously. Supposedly, Rowling will be a co-producer and collaborating writer on the script along with British theater producers Sonia Friedman, whose credits include Death of a Salesman, Twelfth Night, and both the West End and Broadway productions of The Book of Mormon; and Colin Callender, who was president of HBO Films from 1999 to 2008.

Rowling explained her reasoning to AP:

“Over the years I have received countless approaches about turning Harry Potter into a theatrical production, but Sonia and Colin’s vision was the only one that really made sense to me, and which had the sensitivity, intensity and intimacy I thought appropriate for bringing Harry’s story to the stage.”

The play (and we’re not sure whether it will be a musical yet, by the way) will apparently take place a year before the events of the novel series and will follow a ten-year-old Harry as he navigates his boring Muggle life with the Dursleys. So…  we’re going to watch a tiny British child in glasses get abused by family members for three+ hours, with something sort-of magical and completely unexplained happening to him every once in a while? Because that doesn’t actually sound like any fun at all. That’s sort of like just watching the first 20 minutes of Matilda and then stopping before it gets really good.

We can only assume that maybe Rowling, Freidman, and Callender are looking to put together some sort of morality play about bullying. Which, hey, it could work. But come on.

No word on whether or not Daniel Radcliffe will appear in the production, but if he does, let’s all hope he gets naked.