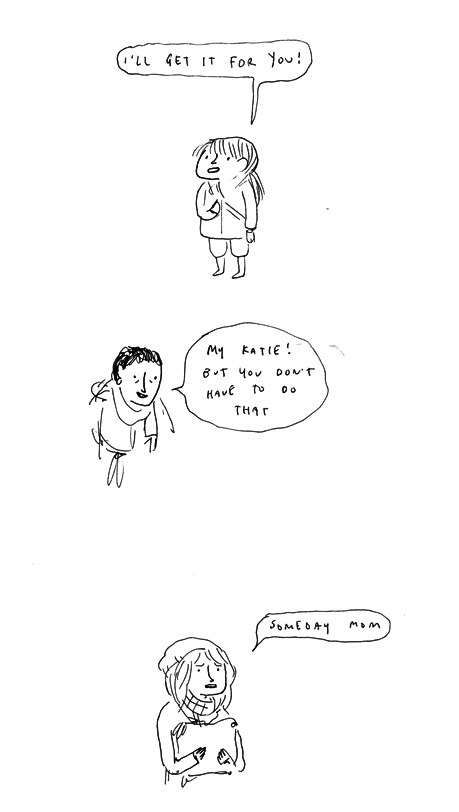 Kate Beaton‘s updates are all the more precious for being rare and uniformly of a quality that puts a lump in my throat and makes me want to go hug every parent and every adult child in the world. Go read the rest of the comic here.