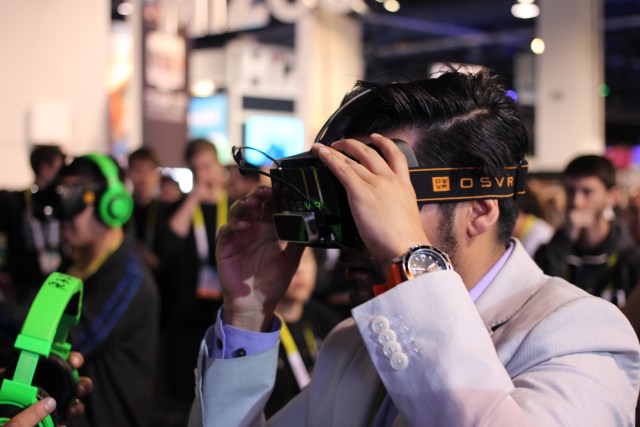 A lot of virtual reality news has emerged from GDC 2016 this week, most of it delivered with the sort of breathless excitement typically reserved for exciting new technology and the promise of innovation. But the fact that everything feels way more immersive and intense in virtual reality is both its great advantage and its great disadvantage, since “everything” means everything. That includes the harassment that has remained an undercurrent in multiplayer gaming spaces since their inception — and, according to multiplayer VR game developer Patrick Harris, that harassment feels “way, way, way worse” in VR.

Harris and his colleagues at Minority Media found that out the hard way: by creating a methodology for testing harassment within virtual reality spaces. Harris presented a talk at GDC about his findings; according to Polygon‘s coverage of the talk, Harris began the presentation with a content warning for the audience about the graphic nature of the harassment used in testing.

Harris then went on to show videos of some of the footage captured over the course of the experiment; the footage sounds incredibly disturbing, based on the description: while play-acting the role of the virtual aggressor, Harris performed actions like “making obscene gestures with a “phallic” object, invading his fellow player’s personal space and ultimately trying to make her feel as uncomfortable as possible — with great success.”

Harris explained his own characterization of how harassment might feel to someone in VR: “It is intense, it is visceral [and] it triggers your fight or flight response.” Although it’s not clear whether psychologists or researchers in that field took part in the Minority Media study, other studies of online harassment have shown that it can have similar or even worse effects as in-person harassment.

Harris concluded his talk by emphasizing to other VR developers to be more aware of the issue, saying “we are the ones with the power to change it.” However, the issue of harassment in online games already rested in the hands of game makers and publishers … and yet, very few multiplayer games have found ways to combat this wide-spread problem. It’s difficult to feel excited about the potential of VR multiplayer when its downsides already exist in the games that we play now, with very few resources available to curtail or prevent them. Harris and his colleagues could be right that they “have the power” to change it — but that was already true.

Perhaps virtual reality will be so immersive that it’ll inspire game developers to take harassment more seriously … but it’s hard to feel positive about that when the precedent has already been set for the alternative. Personally, I can’t see myself ever playing a VR multiplayer game. Single-player? Sounds good. Then I can escape all of this.