Is Harassment in the Name of Research Still Harassment? 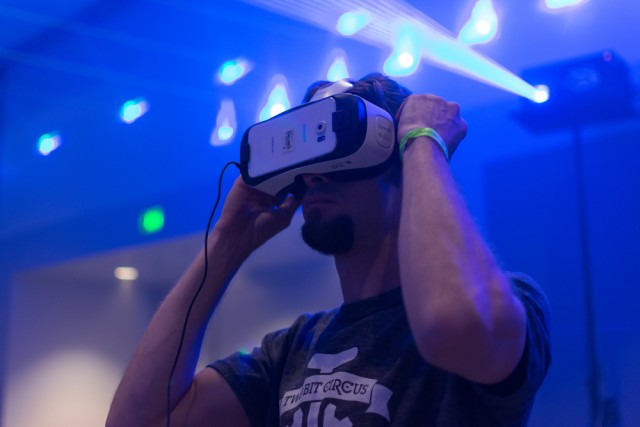 When a talk on online harassment gets prefaced with the disclaimer that things might get a little uncomfortable, most of the time the audience may have a sense of what to expect. Online harassment is a common topic of conversation in the gaming world today, because at this point it’s reaching epidemic-levels of frequency. But in virtual reality, that discomfort and trauma can reach new depths–as was demonstrated in a presentation by game designer Patrick Harris of Minority Media at GDC 2016.

To study the degree to which virtual reality enables and amplifies online harassment, Minority Media had developed a VR prototype to better understand its effects. Harris conducted an experiment using this prototype on an unsuspecting woman, and that experiment–which was recorded–was played during the presentation. There’s an article on Polygon that goes into further detail about exactly what Harris did–all of which, it was said, was designed to “make [the woman] feel as uncomfortable as possible.”

Afterward, Harris says he experienced guilt over his actions, but added that for the woman who was an unwitting part of his experiment, it was “a damaging experience.” Which begs the question: in order to conduct an experiment on how virtual reality can contribute to one’s ability to harass someone online, why would it necessarily have to be on a subject who is completely and totally unaware that it’s only that–an experiment? Why make the fear and shame and every other emotion that goes through someone when they experience online assault real for that woman? Isn’t harassment for research purposes still just harassment, plain and simple? Harris might feel guilty, but there’s no way for him to undo his actions–or take away any part of what that woman felt or feels now.

I have to believe that there were any number of better alternatives for Harris and Minority Media’s “experiment”. Pushing the boundaries on abusing virtual reality to harm another person could always be acted out between two consenting people who know exactly what’s going on–because wasn’t the purpose of all that to display the technology, to demonstrate the worst of its immersive capabilities? The point could have been made just as clearly without Harris resorting to actually harassing this woman.

Harris went on to say that there are countermeasures being looked into in order to try and curtail online harassment in the virtual world–including the creation of something called “personal boundary lines”, which would be enabled if a player gets too close to another without their permission. That’s a good start, of course, but in terms of proving his point–well, one has to question just how ethical all of this really was.