The road is nearing its end. 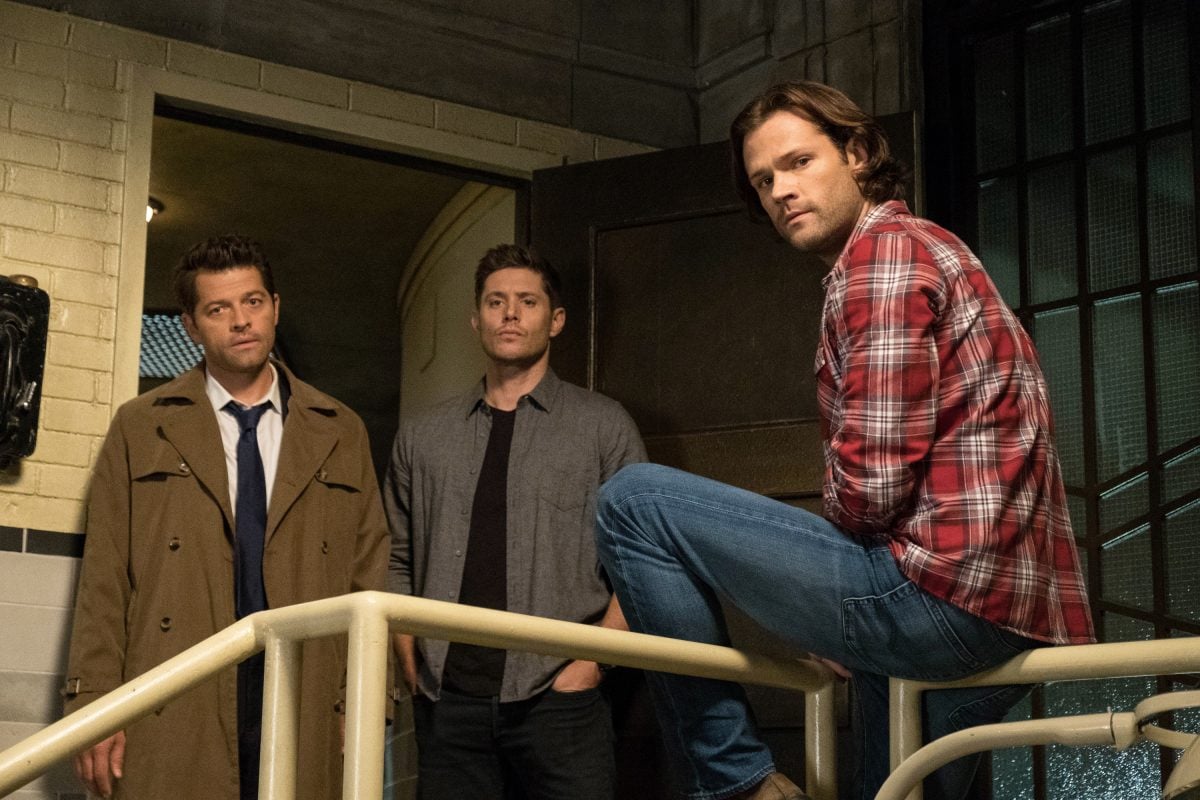 It’s here, friends, that most blessed day—that day when, fourteen years ago, one brother said to another, “Dad’s on a hunting trip, and he hasn’t been home in a few days.” That’s right! It’s Supernatural day.

It’s weirdly fitting that this final Supernatural day before the CW series begins its last season falls on an extra spooky Friday the 13th, because everything about this final season looks like it will be bigger and scarier than before. The Winchesters Boys (and yes, that includes Cas and Jack, damn it) are fighting God himself to reach the end of their story,  along with demon clowns from hell, and it’s going to be emotional. Someone told me “don’t you cry no more,” but I just can’t stop.

When the Supernatural pilot aired, it grabbed audiences’ attention. All these years later, I still think it’s one of the best pilots out there. It’s moody and fun, and the chemistry and charisma of Jared Padalecki and Jensen Ackles was lighting in a bottle. Even with all that awesome on the screen, I don’t think anyone would have anticipated the series would be going strong fourteen years later.

Every year for those first few seasons, there was a tension about renewal, but that didn’t stop the series from taking big swings. When the writer’s strike of 2007–8 forced a truncated season three ending with Dean in hell, it led to possibly the biggest swing of all: adding angels, The Devil himself, and even god to the mix. Castiel (Misha Collins) is such a part of the show now that it’s impossible to imagine it lasting this long without all that rich story to explore.

How we felt about the news the show would end. (image: The CW)

But what’s unquestionably kept Supernatural on the air and in the conversation are the devoted fans. They’re the ones writing novel-length fic, following conventions across the country, and finding friends and hope through the show and fandom. The fans haven’t just created their own crazy, dysfunctional family; they’ve done some real good in the world, and that’s not changing right now. To celebrate Supernatural and the “end of the road,” Hot Topic has partnered with the series stars to sell a limited edition shirt, just for today, with proceeds going to benefit victims of Hurricane Dorian.

Even if you’re not a fan of Supernatural, over three hundred episodes and fifteen season is an achievement you have to respect. The Winchesters have faced everything from tentacle monsters to Paris Hilton and Gandhi. They’ve met Scooby Doo and Snooki. They’ve visited other worlds, including this one, and that one time, Dean even killed Hitler. It’s strange to be excited for the new season, knowing it’s going to be the last, but the legacy of the show and the fandom will undoubtedly be as hard to kill as the Winchesters.

Supernatural returns for its fifteenth and final season Thursday, October 10 at 8:00PM on The CW.