Comic-Con: Cast and Crew of Supernatural Tell Us What to Expect in the Final Season 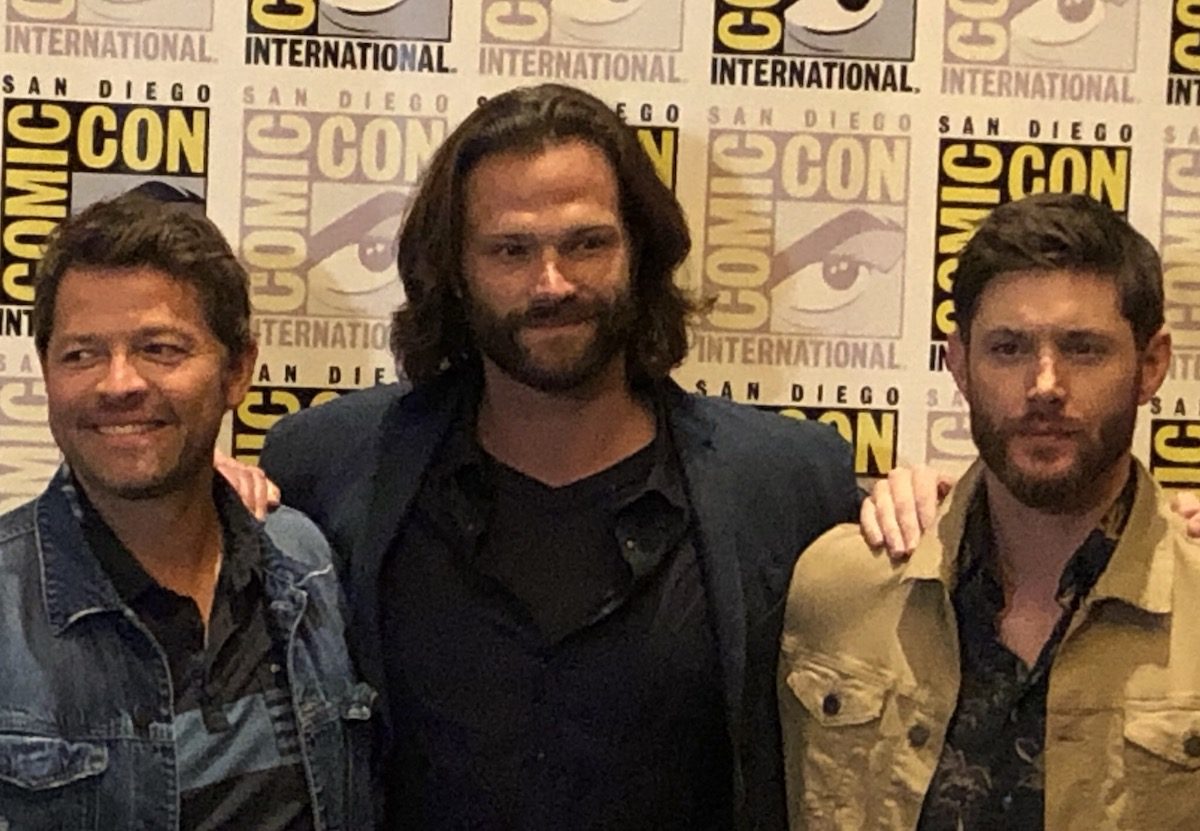 It was an emotional day in San Diego Comic-Con’s Hall H last weekend, as the cast and writers of The CW’s (extremely) long-running Supernatural took to the stage one final time. There was laughter and tears as the cast reminisced about the last fifteen years. Misha Collins joked that the thing he’d like to be able to take from set would be his costars, and one lucky fan won a perfect replica of the show’s iconic 1967 Chevrolet Impala.

It was the start of what will be a season of goodbye, but we were still there to look forward, not back just yet. We met with the cast and writers of the show after the panel, so let’s talk about what’s to come as we begin … the end.

Last season ended with the earth-shaking revelation that God, a.k.a. Chuck (Rob Benedict), rather than being the absent father he sold himself as, has been manipulating the Winchesters’ lives from the get-go. When they refused to play along with his story, Chuck decided it was time to end it and left our heroes to face a literal army of hell-zombies as legions of their past enemies returned across the country. Also, Jack (Alexander Calvert) is dead, but he’s in the empty with Death (Lisa Berry).

Things are pretty dire, even by Supernatural standards, but the big issue is where these revelations put Sam (Jared Padalecki), Dean (Jensen Ackles), and Castiel (Misha Collins) emotionally. “At the outset of the season, I think Sam and Dean are at kind of the darkest possible interpretation of what Chuck has been doing this whole time,” producer Robert Berens mused. “I think the fun is in a Sam and Dean, who feel very much at the top of the season, ‘What if nothing we’ve done has ever mattered? What if God has been pulling every single string?’”

Eugenie Ross-Leming, another long-time writer and producer on the show, agreed that the Winchesters are asking themselves, “Is anything they do real beyond the moment they’re in it?”

It will be Castiel, Ross-Leming told us, who will help get the boys in line. “Cas, at some point, will tell them, ‘Yes, this is quite a shock, but in fact it’s what life is for everybody alive. You would have done the same things whether it was pre-ordained or not. You didn’t know,’” Ross-Leming explained. “He tries to talk them off the ledge of doubting everything they do and every move they make. He says, ‘You have to pretend and behave exactly as you’ve behaved for the last fifteen years because really nothing’s changed; he’s just messing with your head.’”

Misha Collins can get behind the big questions of fate and free will being addressed. “It’s the biggest twist going into this new season,” Collins said.

“Seeing all the souls from hell rising up in the corpses of the dead feels like an epic Supernatural season finale and a good way to start a season, but it also feels like ‘Eh, we’ve seen things like that before, too.’ The twist going into this season that makes it different is that we’re discovering that god is our nemesis and that he has been scripting every step of our path so far, and that is a really tough pill to swallow for people that feel like they’ve been fighting the fight all along. So, breaking out of that is going to be really important for this season.”

What does that mean for the animosity between the boys and Cas that blew up after their semi-adopted son Jack killed Mary Winchester? It sounds like it will mend, but it will be slow, according to co-showrunner Robert Singer. “It’s going to take a while for that rift to heal this year,” Singer shared. “They will come together, but it’s a bit of a task. That was one of the hanging threads we knew we could really play with … there was no real right or wrong with the way anyone was feeling. Especially with the Dean and Cas rift, you make an argument both ways, and I think when you can do that, that’s what makes drama interesting.”

They’ll need Castiel with them as they face off against some big foes, as the producers teased many returns of friends and enemies from the past. “We’re going to see some old friends and some old enemies come back, definitely,” showrunner Andrew Dabb told us. We’ll see the returns of fan favorites like Rowena (Ruth Connell), Arthur Ketch (David Haydn-Jones), and badass (and also dead) deaf hunter Eileen (Shoshanna Stern).

However, the two biggest returns that Dabb teased were both important siblings. Chuck’s sister Amara (Emily Swallow), a.k.a. The Darkness, will be back, hopefully to slap some sense into her bro, and the fate of Adam Milligan (Jake Abel), who was left in Lucifer’s cage in hell way back in season five, will finally be addressed. Yes, really, after all these years, Dabb assured us that “is one loose thread we fully intend to address.”

Someone else we think we’ll see is Billie, a.k.a. Death, who showed up to greet Jack in the afterlife, along with The Empty, at the end of last season. Calvert was tight-lipped about how that will play out for his character but joked, “I’m definitely interested in being back in the physical universe.”

Dabb had more to say about Jack, Billie, and The Empty: “That’s something that will kick in a little later in our season, but certainly in the last couple years, really since Amara got introduced, we’ve been playing with some characters that are, I would call, a little more cosmic in their execution.” Dabb added, “Our guys are now playing on that playing field, essentially, so they’re going to meet and get to know some of those people in much more intimate ways.”

That means we’ll did more into one of the best meta aspects of Supernatural: the idea of God himself as an author, a plot point that the writers love. Andrew Dabb explained,

It’s a story about stories, and it’s a story about, in a lot of ways, what it means to be the main character of a story. You’re the hero of the story that’s great, you get to be the hero and fight the bad guys, but also your parents are dead and you have to lose everyone you love and sometimes it’s not so great. I think, for Sam and Dean—they’re starting to realize they’ve lived their lives as the characters in a story. It doesn’t mean what they’ve done is invalidated in any way, shape, or form, but it does mean they haven’t had as much agency as they thought they did. And this season is very much about reclaiming that.

Reclaiming that story is going to mean bringing it to a final end, and we’ll have more later this week from the writers, Jared, Jensen, and Misha about how they decided to end the series and what that ending will mean.

The final season of Supernatural debuts Thursday, October 10, at 8:00 pm on The CW.