Twitter Tells Us When We’re Happy. Oddly Enough, It’s Not During The Hobbit Trailer. 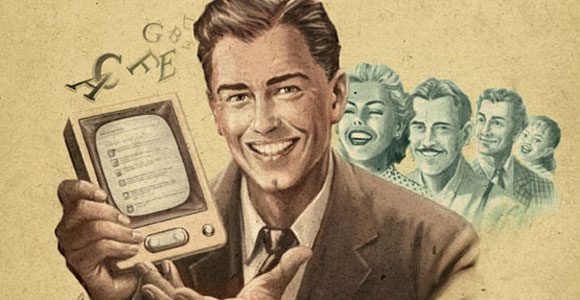 I may be at my happiest on Twitter when a new trailer for The Dark Knight Rises or The Hobbit is released or when a celebrity tweets at me but a new study has narrowed down when exactly users of the social network are at our best and worst by checking tweets. Let me guess – we’ve got a case of the Mondays?

“Using values assigned to words contained in 4.6 billion messages, also known as tweets, posted from Sept. 9, 2008, to Sept. 18, 2011, researchers were able to track how levels of happiness rose and subsided,” reports LiveScience. “It turns out the last months of each year, Saturdays and the early mornings are happy times, while January, the first days of the week and late-nights are not. Holidays and individual events, like a royal marriage or the death of a celebrity, can also have significant effects on mood, the team of researchers from the University of Vermont found.”

How was the date viewed and compiled?

The researchers turned to a crowd-sourcing service called Mechanical Turk — which pays people small amounts of money to complete certain tasks — and on a scale of 1 to 9 to rate the happiness conveyed by the 10,000 most common English words. When all of the scores were averaged together, the word “laughter” ranked 8.5, while “terrorist” got a 1.3, for example. The team then applied these values to the words contained in the tweets, which also carried date and time, and sometimes other demographic information, to get a sense of the collective mood.

But apparently, us Twitter users are growing increasinly sad. “After a gradual upward trend that ran from January to April, 2009, the overall time series has shown a gradual downward trend, accelerating somewhat over the first half of 2011,” said the study published in the journal PLoS ONE. Maybe it was new Twitter designs at fault?

This is an especially funny bit:

They also found that daily profanity use followed a pattern roughly opposite to that of the daily happiness cycle; for example, an analysis of five common expletives revealed that their use tended to peak during the late night, then plummet in the early hours of the morning, the hours when average happiness rose.

Happiness was also highest on Christmas Day, followed by Christmas Eve and holidays in general were seen to create happier Twitter users but Michael Jackson’s death on June 25, 2009, produced the largest single-day drop.

“There is an important psychological distinction between an individual’s current, experiential happiness and their longer-term, reflective evaluation of their life,” the researchers write, “and in using Twitter, our approach is tuned to the former kind.”