Happy Global Handwashing Day! Everything You Own Is Covered In Fecal Bacteria 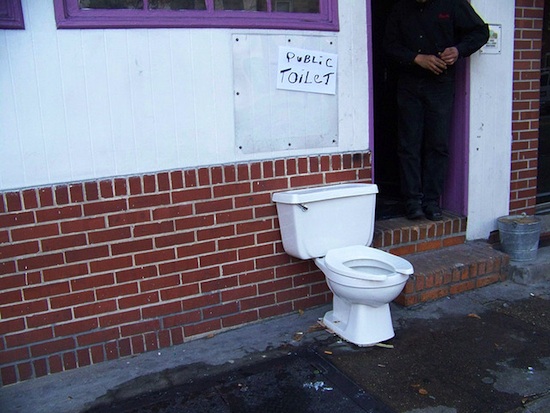 It’s Global Handwashing Day, everyone! You’d like to think that maybe we don’t need an entire international holiday devoted to reminding us to wash up after we visit the restroom, right? We’d like to think that, too. Except here’s the thing — the numbers don’t bear that out. In fact, a study released today by Queen Mary College and the London School of Hygiene & Tropical Medicine found that 1 in 4 Londoners have fecal bacteria — like e.coli and staphylococcus — on their hands. Hands that they are just walking around touching things with. The really bad news, though? That seems tame compared to some of the other findings in the study.

11% of hands. With the same bacterial content as a dirty toilet. 11% of hands touching the same money you spend, the same doorknobs you turn, and the same produce you peruse in the grocery store.

You people make me sick.

The study also found that only 39% of respondents reported washing their hands before sitting down to a meal. Also notable? The fact that 91% of respondents claimed to wash their hands every time they used the bathroom, which, when taken with the fact that 26% have fecal bacteria on their hands, suggest that at least some of those folks are bullshitting, and presumably not even wiping their hands afterwards. On that note, if anyone needs me for the rest of Global Handwashing Day, I’ll be holed up in my room slathering every available surface in hand sanitizer and weeping softly.