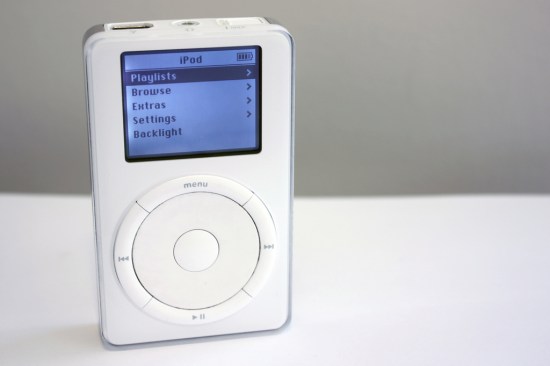 On October 23, 2001, Steve Jobs unveiled the first generation iPod. It was a modest announcement held in an Apple conference room for a small clutch of reporters; downright spartan compared to the spectacle that would come to define future product launches. The short presentation ended with the unveiling of a white, handheld digital music player with large capacity and an intuitive design. The rest, as they say is history.

Here in 2011, it’s hard to imagine a world without the ubiquitous music player or the tablet and smartphone that followed in its wake. Back in 2001, MP3s were just on the cusp of becoming something big. Looking at the lackluster competition the rise of digital music, Apple saw an opportunity to move behind home computing — which at the time was the company’s soul focus — and move into consumer electronics. It was a gamble that paid off, and paved the way for the company’s restoration as a major player in the tech industry.

(via Macworld, image via Ken Fager)