What Can We Learn About Feminism From Hulu’s The Handmaid’s Tale?

The Hulu drama raises questions about what makes a show feminist, and what that can tell us about our reality. 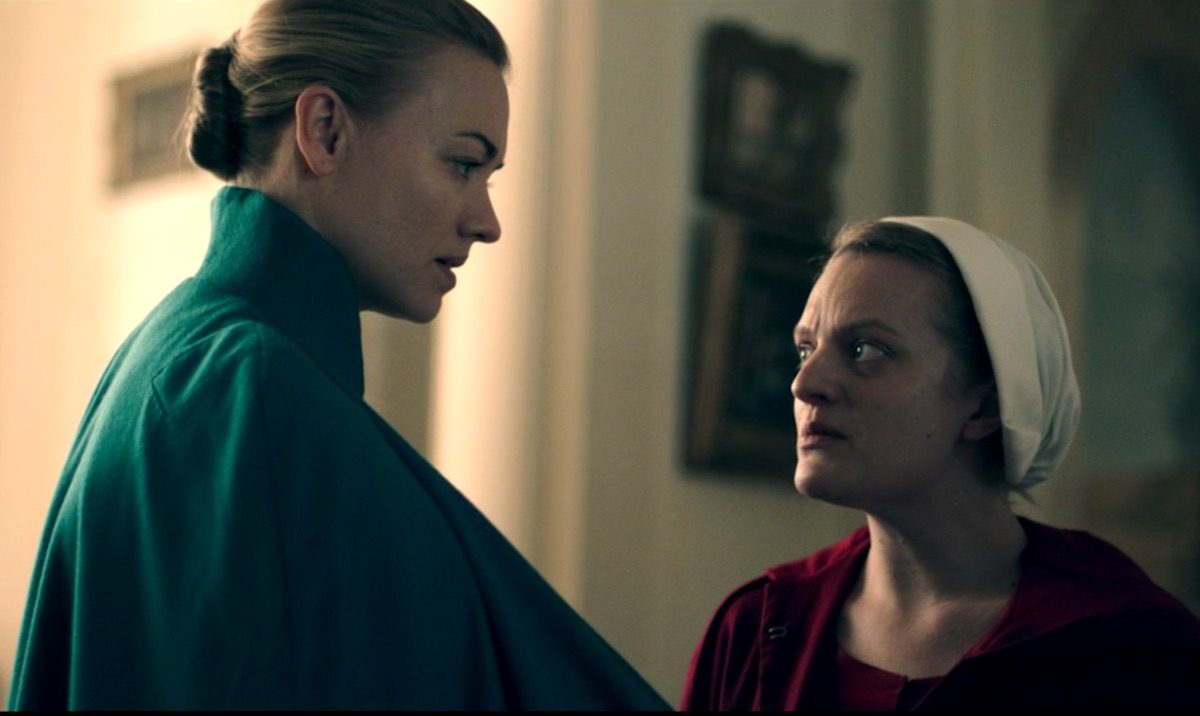 **Spoilers for The Handmaid’s Tale seasons one and two below.**

The question of whether or not we can even call The Handmaid’s Tale a feminist show comes into play when so much of the “entertainment” is the abuse of women. Women are raped repeatedly, shocked by cattle prods, burned by stovetop burners, maimed—it’s hard to call a show that features the constant torture of female characters a feminist one.

With the popularity of the show, Gilead is often held up as a harrowing it-could-happen-to-us story of patriarchy gone wild, and even a story to warn us about the dangerous effect that pollution can have fertility. Already though, the emotional implications of the world of Gilead, as they relate to women and their relationships, don’t feel too far from our current reality.

With the Marthas leading the underground movement and the wives waking up to the reality of what life holds for women in their society, season three could be hinting towards a takedown of Gilead from the inside.
In a pivotal moment of season two, protagonist June coyly quotes Margaret Atwood, the novelist behind the book that inspired the series:

It’s a moment of meta-cheekiness, to be sure, but reflects a point so clearly demonstrated in The Handmaid’s Tale: Hell hath no fury like a man who feels powerless. 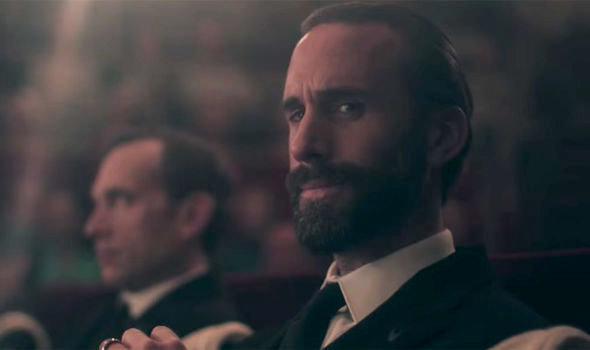 The main male antagonist, Commander Waterford, is a perfect example. Waterford repeatedly rapes June in a monthly conception “ceremony,” and even holds the promise of seeing her daughter over her head in order to make June complacent. He and the other men of Gilead have even taken all forms of power from the higher-ranking and supposedly infertile wives (the birth rate decline is blamed on women, despite scientific suggestions that the issue may lay with men).

But in spite of the rape and the deceit that Waterford and other men in Gilead use to maintain control over women, perhaps the most powerful weapon is turning women against each other, a tactic used over and over again.

Waterford effectively does this in his own household with the relationship between June and his wife, Serena Joy. He is never so threatened as when he sees the music box gifted to June in episode eight of season two, “Women’s Work.” He realizes, at that moment, that Serena and June are starting to form a relationship, and as fragile as it is, he literally beats it out of Serena in a show of dominance also serving to humiliate her in front of June, whom he forces to stay and watch.

He is more threatened by the women’s potential friendship than when Serena reveals his impotence, which is saying something.

In the finale of season two, Serena Joy attempts to take back some of the rights Gilead has removed from women, including womens’ right to read and write. Her finger is partially amputated as punishment.

It’s only when Serena realizes that even she and her “daughter” are not protected from the restrictions on women in Gilead that she chooses to fight back.

We can see, in Serena’s flashbacks, a passionate woman with disturbing beliefs about women’s rights and duties, spurred by a fertility crisis in a world otherwise much like our own. And we can see June, almost the opposite of Serena, in her comfortable life. She’s shown, early in season one, participating in a protest, but otherwise seems complacent and perhaps even ignorant of most of the changes affecting her rights in the pre-Gilead world. 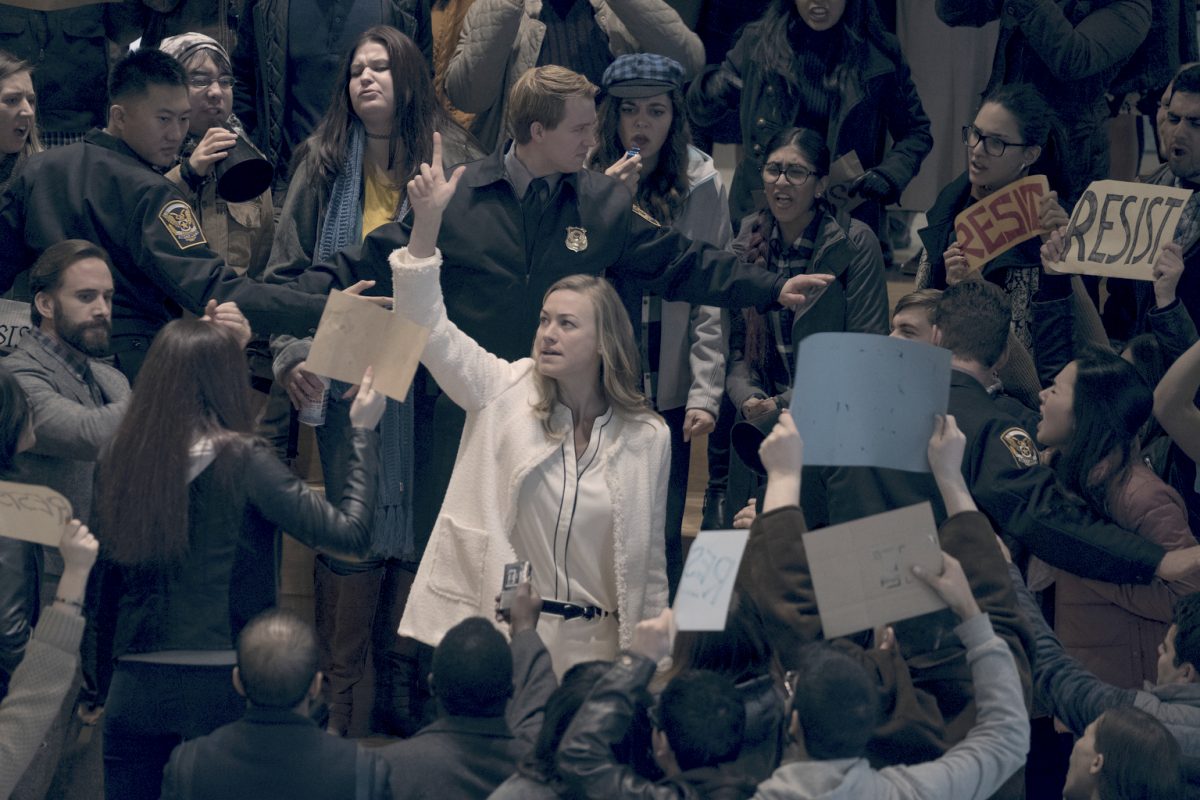 In one of the most baffling scenes of the show, all of the women in June’s workplace are abruptly let go from their jobs, and they seem to be completely confused and leave without ever figuring out what’s going on. Nobody even so much as mentions a news story or even pulls up Google to see what’s happening, and yet June is shown walking out with a box of her things, implying they had at least some time before they were forced to leave.

Later, we see signs that some women knew that changes were coming, and they tried to prevent it, like June’s mother, Holly. Holly’s disappointment with June’s life decisions serve as more than just mama drama, though—the message to women IRL should be clear: Be aware of your rights and those that challenge them, don’t get too comfortable.

But the repeated transgressions acted upon women by other women are the most disturbing parts of the show. Emily has a forced clitorectomy, and other women are maimed by Aunt Lydia, a character that the show insists on trying to humanize despite her horrific choices. Serena Joy abuses June repeatedly, but the most horrific moment is when she holds down a pregnant June to be raped.

There’s a repeated lesson we can take from these hard-to-watch scenes of The Handmaid’s Tale: Women need to be each other’s greatest allies.

Part of what would help is if women could stop being terrified of the dreaded f word: Feminist.

Elisabeth Moss, star of the series, came under fire in 2017 for denying to classify the series as “feminist” in a statement at the Tribeca Film Festival. “For me, it’s not a feminist story,” Moss said. “It’s a human story because women’s rights are human rights. I never expected to play Offred as a feminist.” 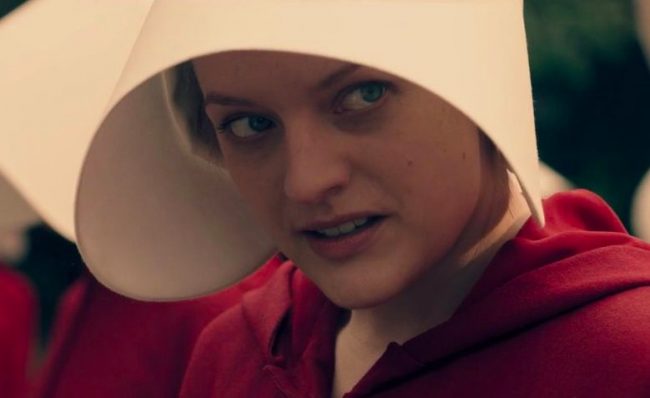 Of course, the problem with this is that being a feminist means women should have equal rights to men—a simple enough statement that many would agree with, and yet, it is attached to a word that so many women (let alone men) are terrified to apply to themselves.

It’s unclear if Moss was simply caught off guard or if perhaps the showrunners had initially cautioned the cast about classifying the show as a feminist work because of the aforementioned public perception of feminism. Regardless, Moss has since clarified this statement in an interview with The New York Times.

“What I should have said is that it is not only a feminist story, but it is also a human story,“ Moss stated. “Obviously it is first and foremost a feminist story. I play a woman who has had her child and her family taken away from her, and all of her rights as a woman stripped and who is essentially a prisoner.

“But I was trying to say that it is also a human story in the sense that there are other groups—other races, colors, and creeds—who are punished and maligned and are not given the right to be heard as well.”

In the show, homosexual people are also discriminated against, as well as other groups, such as doctors who presumably performed abortions, and some scholars, though the topic of race is noticeably absent from Gilead’s society.

Even Margaret Atwood, the author of the 1985 novel which the show is based on, has balked at calling her story a “feminist” work, and yet she wrote, in an op-ed earlier this year for The Globe and Mail, a statement that should ring true for women everywhere, whether they want to call themselves the dreaded f word or not:

“A war among women, as opposed to a war on women, is always pleasing to those who do not wish women well.”

If we learn nothing else from The Handmaid’s Tale and Atwood, let it be this.

Liz Lanier is a freelance writer and currently pursuing an MFA in Fiction. You can connect with her on Twitter @LizLanierWrites.