Was It a Mistake for The Handmaid’s Tale Series Not to Make Gilead a White Supremacist Nation? 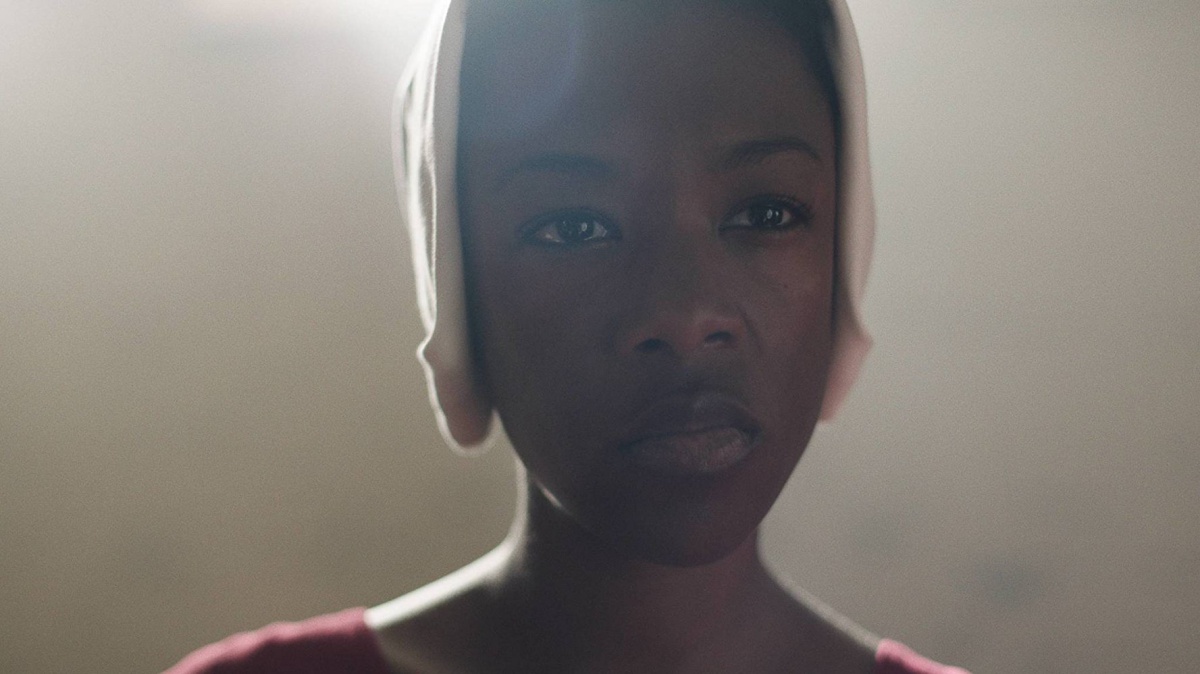 Over the weekend, I decided to finally binge watch The Handmaid’s Tale, a feat that is fairly emotionally exhausting. I have found the show to be every bit as compelling and haunting as I’d been promised it would be (I will say I prefer Alias Grace, though), but there was one thing that didn’t much make sense to me: Why isn’t Gilead a white supremacist nation anymore?

In Margaret Atwood’s original novel, the Republic of Gilead, in addition to being a faith-based military dictatorship, also has a racist caste system. While other non-white groups are not mentioned, it’s stated that African-Americans, labeled “The Children of Ham” have been relocated to “National Homelands” in the Midwest area that is set up like South African-style apartheid “homelands.”

Because of the multiple influences Atwood pulls from in the book (and the fact that apartheid was still in existence when Atwood wrote it), it made sense that Gilead was a white supremacist nation. Unlike other dystopian fiction where the author just “forgets” to include what happens to people of color, Atwood doesn’t hand-wave their existence. It’s a purposeful omission to allow the reader to understand the depths of Gilead’s depravity.

One of the choices the show decided to make was to erase that aspect of the narrative and frame Gilead as almost a “post-racial society.” Race is never mentioned in the show or treated as a factor when dealing with the handmaids, Marthas, or any other aspect of the world-building, which has given us the fantastic character of Moira played by Orange is the New Black‘s Samira Wiley. I don’t mean this to be a criticism that the show is too diverse (because it isn’t), but to say that the equality doesn’t make sense in the world Gilead.

Let’s start with the fact that no one in leadership is a person of color. The breakdown of the Sons of Jacob, the Christian fundamentalist group behind the terrorist attacks that allowed Gilead to form, is white as hell, from the Commanders to the Wives, even in the show. We’ve yet to see any non-white Aunts—if I’ve missed them, let me know—and the furthest up the totem pole we’ve seen men of color are the Guardians, who are lackeys and enforcers. There are certainly non-white Evangelicals and religious fundamentalists in the real world, so they can certainly exist in this show, but it currently contains no evidence showing that’s the case. [Edit: Having watched Season 2 Episode 10, finally, Commander Horace is the first black man who becomes a Commander after impregnating his wife.]

Then, there’s the issue of the fertility crisis that is the “root” of the Sons of Jacob existing. When it comes to the history of fertility politics, in this country, there has always been a preference for the continued fertility of white people by extremist groups, over non-white children or anyone framed as deviant or unwanted.

In the years of eugenics, according to a PBS article, federally-funded sterilization programs targeted such people in 32 states throughout the 20th century. The policies towards sterilization were so well known that they were praised by Adolf Hitler, who stated, “There is today one state, in which at least weak beginnings toward a better conception [of citizenship] are noticeable. Of course, it is not our model German Republic, but the United States.”

Eugenics-based sterilization programs targeted the poor, the disabled, the mentally ill, criminals, and people of color. More recent than that, in the 1960s and 1970s, Mexican-American women were forced to undergo sterilization while giving birth at Los Angeles County-USC Medical Center, which led to the Supreme Court Case of Madrigal v. Quilligan.

The case of Relf v. Weinberger in 1974 helped to reveal that “100,000 to 150,000 poor people were being sterilized each year under federally-funded programs,” including Mary Alice and Minnie Relf, two African American sisters who were sterilized when their illiterate mother was tricked into signing a consent form thinking it was for birth control.

In America and many developed countries around the world today, there is a lowered birth rate. It was reported by the CDC that 2017 was the lowest U.S. birth rate on record, dropping to about 60 births per 1,000 women ages 15 to 44, the lowest it has been since the government started tracking these trends in 1909. While it’s caused more by access to birth control and women choosing to have children later in life—there’s been a rise in births among women in their 40s—it was also shown that the birth rate is lower for white women in comparison to non-white women, especially black and non-white Hispanic.

That trend in population has led to some far-right groups claiming that the white “race” is dying, especially when The New York Times just reported that there were fewer births than deaths among white people in the majority of the United States. These extremist groups encourage, as a result, white men and women to have more babies, much like the Sons of Jacob.

Are we expected to believe that, because fertility rates dropped everywhere, racism went away and suddenly people started valuing black wombs and children? I don’t buy it. Not having women of color as handmaids wouldn’t even have to mean omitting black women from the show entirely. They could take us to those National Homelands and explore what it would be like for those characters. It would allow Moira to exist as-is, since she is not a handmaid anyway, and it would also give those non-white characters something to do besides waiting for June.

In fact, it may give the show more opportunities to write for people of color and further explore the world that Atwood created.