This Handmade Game of Thrones Board Game is Gorgeous 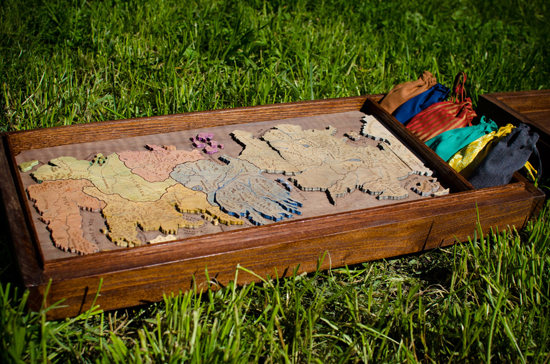 Game of Thrones, as a franchise, has become quite popular as of late. It even has its own dedicated board game from Fantasy Flight Games that is both ridiculously complicated and utterly fascinating. Apparently, Fantasy Flight’s offering isn’t good enough for everyone, though. One intrepid gamer, known only as Matt B., went so far as to commission a special handmade wooden version of the Westeros map for Risk from Fay Helfer. That thing should make for some interesting game sessions. 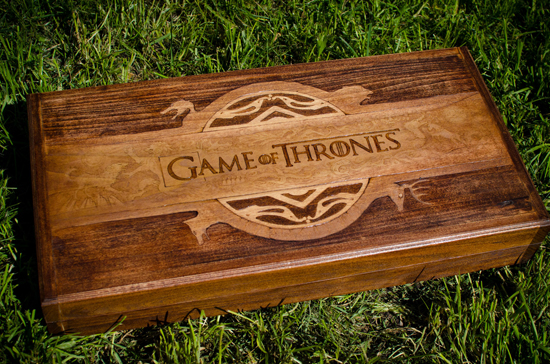 We say Risk because that’s what Helfer has labelled the photos. Barring some minor discrepancies, it looks pretty similar to the board from Fantasy Flight’s game but, then again, both are really just renditions of the same landscape. Besides, Fantasy Flight’s version has distinct lines between water areas whereas Helfer’s version lacks most of the water present in the former. 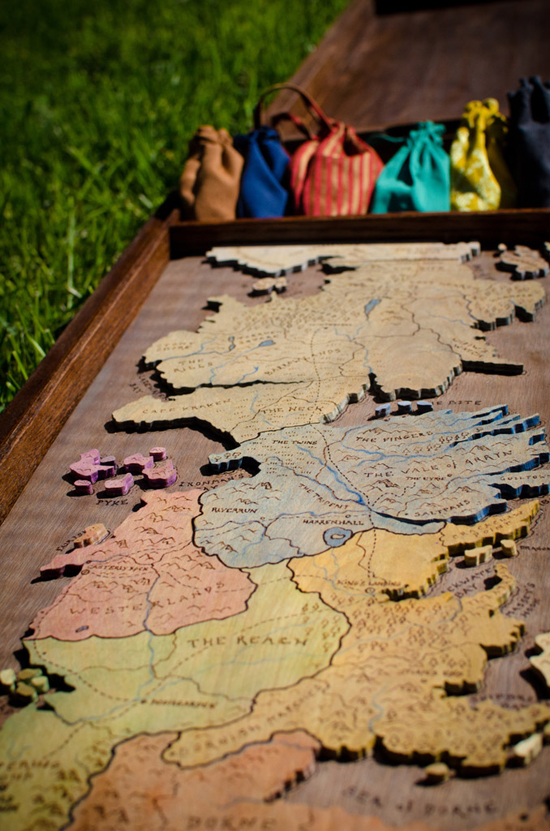 Regardless of which game the board is actually for, the work and carving done on it is exquisite. From the detailed shoreline to the light but firm lettering, everything about the board says it was made with some tender loving care. It even includes little bags, presumably for the tokens, which appear to be done in the colors of the settings’ major houses. For instance, there’s a prominent crimson and gold bag — the colors of House Lannister.

Mass production of this darling creation would likely cause it to lose a lot of its charm. All the same, we’d still love to get our hands on one.