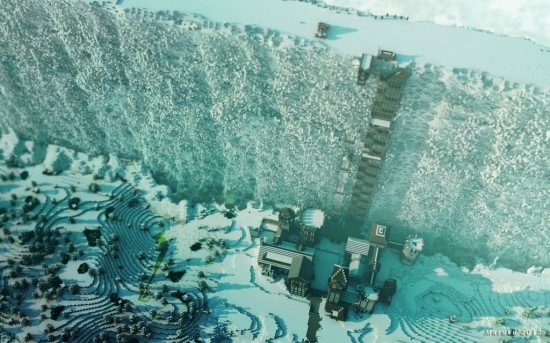 It’s been over a month since the conclusion of season 2 HBO’s Game of Thrones, and production of season 3 is set to begin in the next few weeks. We are unlikely to see the next season until April of next year. What the hell are we supposed to do until then? We at Geekosystem have provided you a quick hit of GoT by assembling some renditions of the opening credit sequence that we have grown so fond of. Enjoy!

We’ll start off with the original opening credits to provide a little context for those who have never actually seen the show. The sequence provides a tour of Westeros, the setting of the epic story first portrayed by George R.R. Martin, with music by Ramin Djawadi and animation by Angus Wall.

The next video is based on the HBO opener but features the Minecraft project, Westeroscraft. It was uploaded to YouTube by BlayneFILMS. Just wow.

Continuing the theme of blocks, we have GoT – A Clash of LEGO by YouTube user, bymatthewP. While it doesn’t use Djawadi’s original theme, it is a truly amazing stop-motion portrayal of Westeros’ locales being built with LEGOs.

The Simpsons even jumped on the bandwagon with their Game of Thrones-themed opening which aired on May 4th, 2012.

You might not be too happy with this one. This is Game of Ponies by adecoy 95. Forgive me.

Some folks who parodied the show’s opening tried to combine two TV shows into one. This one by DarthOliptius combines Showtime’s The Tudors and clips from the first season of Game of Thrones.

Our next video adds a dash of Zelda to the mix. Here’s iamthewickedchild’s rendition of the opening with the classic Zelda overworld theme. It actually works out surprisingly well.

And finally, we’ve arrived at my personal favorite. I won’t dive into it too deeply. It was uploaded to Youtube by GhezalA. Enjoy!

There you have it, folks! I hope you enjoyed our little presentation and we all hope, from the bottom of our hearts, that this satisfies your craving for the 4 I’s of Game of Thrones: Intrigue, ice walls, incest, and Peter Dinklage.