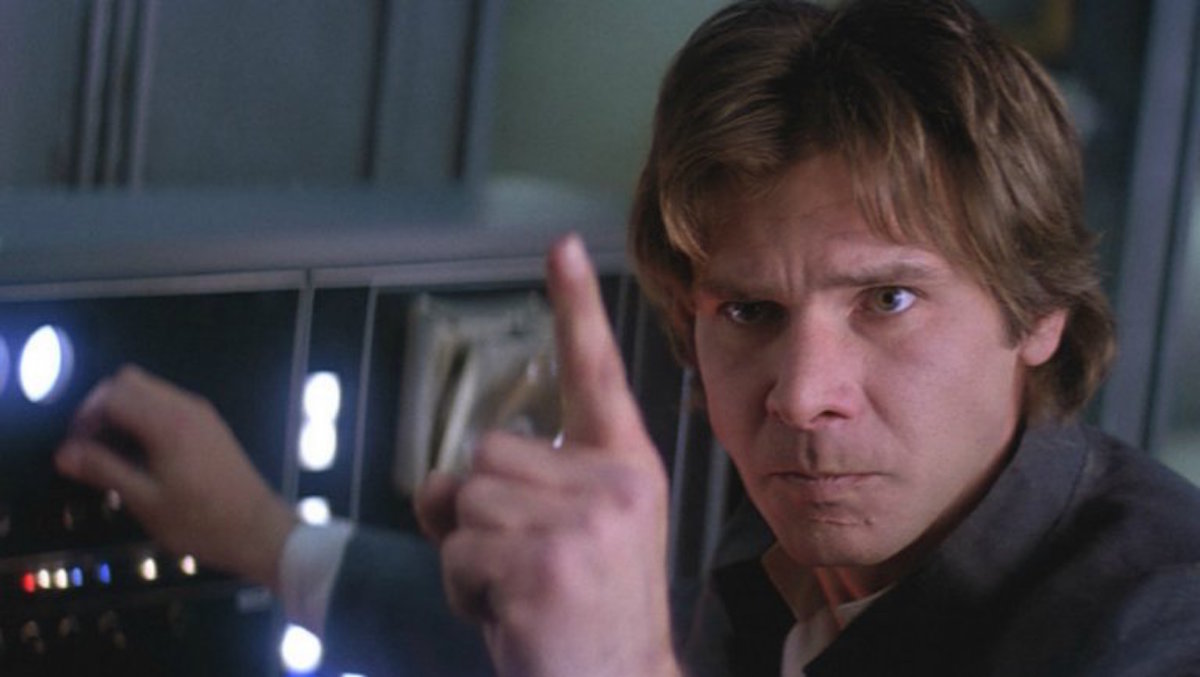 Do you ever realize something about your favorite series and suddenly everything makes more sense? Ever think about Star Wars and believe you have it all figured out and then suddenly someone throws a wrench in your theories and you feel like everything is a lie?

Well, comedian Arthur Chu decided to point out on Twitter that Han Solo and Chewbacca are like an owner and their dog—which feels pretty spot on. The dog just isn’t who you would expect.

Han Solo and Chewbacca are totally, as Lucas said, a sci fi version of a man and his dog

Wait a minute Han is the dog

That’s right. You probably always thought that the furry friend was the dog, but Chewbacca is, in fact, Han Solo’s owner. When his pet died, Chewbacca moved on to Rey and kept his pet-acquisition going despite his heartbreak, as some of us do when a beloved pet of our own dies.

But you might do it for a heroic dog

Chu is right: this revelation finally makes the “Life Debt” aspect of the Star Wars franchise make sense. For those who don’t study Chewbacca as thoroughly as I do (he’s my favorite character, let me live), the idea of a Life Debt is simple: Whenever someone saves a Wookie, said Wookie then owes that person a Life Debt. In the case of Han and Chewie, it makes more sense that Chewbacca knew that Han Solo would die long before he would.

Sure, there are probably some Life Debts that go on for centuries, but a Life Debt to a human being is only going to last a few decades at most. So Chewbacca had it easy. It’s like adopting a dog. You know that, chances are, you’re going to outlive your dog. They’ll be your companion for, at most, 15 years, and then you’ll move on. And that’s how Chewbacca saw his pet, Han Solo. A scoundrel-y sort of fast-barking dog.

Don’t get me wrong, they’re still best friends but you know what is known as man’s best friend? A dog. So thank you to Arthur Chu for finally making Chewie’s Life Debt make sense to me. Also, fittingness of Han Solo being called “Scruffy” is that much more hilarious.