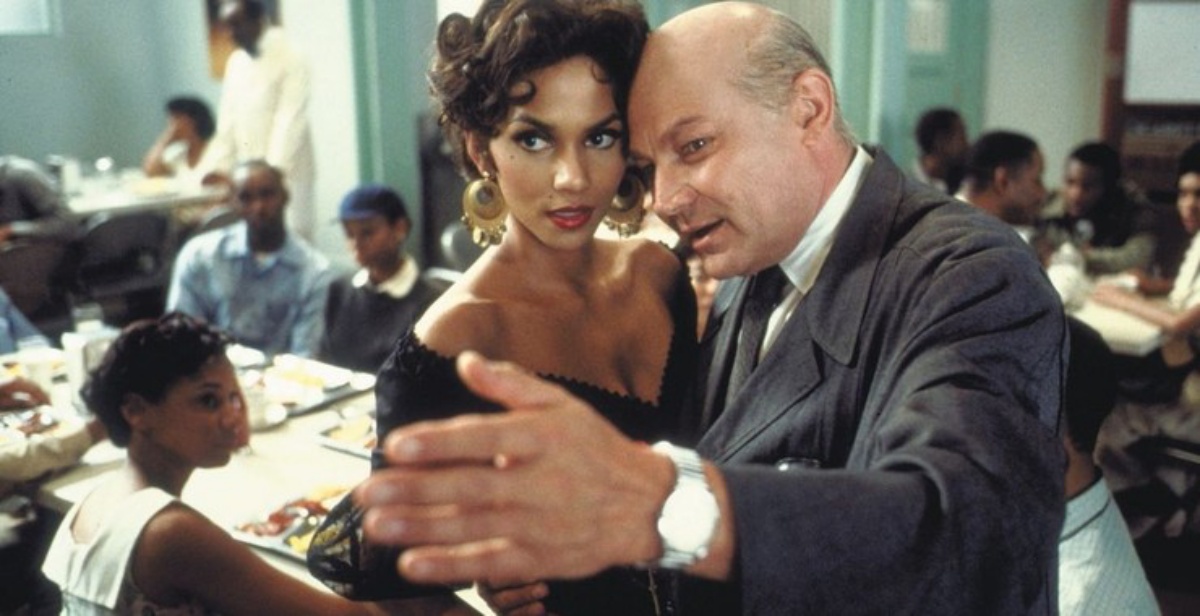 HBO has finally released Introducing Dorothy Dandridge for streaming on HBO Max. I excitedly took the time to watch it this weekend and I was blown away by the powerful legacy of Dorothy Dandridge, as well as Halle Berry’s performance as the star. She was magnetic and used her own sex appeal, charm, and adoration to bring Dandridge to life.

The film shows the life and rising star that was Dorothy Dandridge, who went from the Chitlin’ Circuit to a promising music career, and the pinnacle of her stardom as the star of Carmen Jones in 1954. While the film doesn’t cover every aspect of Dandridge’s life, what it fantastically illustrates is that the actress was a victim of the dual sins of being Black and a woman in the 1950s.

It is a burden that many of her contemporaries dealt with, but she managed to get further than Lena Horne, Pearl Bailey, and others. Carmen Jones made Dandridge the first Black woman to be nominated for Best Actress, something that would not be repeated until 1972 when Cicely Tyson (R.I.P.) and Diana Ross were both nominated.

I watched Carmen Jones recently, and it simmers! Dandridge is excellent and her chemistry with Harry Belafonte is unmatched. You can see all the things that drew in audiences and made her a star.

Her affair with Otto Preminger, who directed Carmen Jones, ended up being part of her downfall. In 1955 she signed a three-movie deal with 20th Century Fox starting at $75,000 a film. Darryl F. Zanuck wanted to make her a star and asked her to star in the roles of role of Tuptim in The King and I and a neighbor in The Lieutenant Wore Skirts.

Preminger told her to turn down those roles, and they ended up going to Rita Moreno, who would go on to win an Oscar for West Side Story.

After three years away from film, she returned in a series of films that did okay to poorly. The biggest issue she faced was that, as a Black female star, there were only so many roles she could play due to the Motion Picture Production Code requirements about interracial relationships. White and non-white actors were not allowed to be intimate together onscreen. Therefore, unless she was working with the same rotating roster of Black actors, she would not be able to play a lead.

That, combined with a painfully chaotic personal life, led her popularity dwindling, and at the age of 42, in 1965, she passed away under still-mysterious circumstances.

At the 74th Academy Awards, Halle Berry became, and remains, the only non-white actress to ever win Best Actress, for her performance in Monster’s Ball. In her speech, she thanked many but started it off by dedicating it to Dorothy Dandridge:

This moment is for Dorothy Dandridge, Lena Horne, Diahann Carroll. It’s for the women that stand beside me, Jada Pinkett, Angela Bassett, Vivica Fox. And it’s for every nameless, faceless woman of color that now has a chance because this door tonight has been opened. Thank you. I’m so honored. I’m so honored.

Much like Dandridge, the Oscar moment opened doors for Halle Berry, and unlike the former, she took many of them. We saw Berry go through an inconsistent followup after her Oscar with very few films knowing what to do with her. As I watched Berry in Introducing Dorothy Dandridge, I was reminded what a magnetic, fun, genuine performer she is.

Halle Berry should be in romantic comedies. She should be the lead in action movies that aren’t just consumed with her beauty. She should be much further than she is as an actress, because despite the headway that was made in her career, those barriers for success are still up there.

I’m glad that HBO has finally allowed this film to have a streaming home because it is a fantastic performance by a powerful actress paying tribute to a talented woman who died too soon.