Which Gwen Would Be the Best Gwen in a Universe of Gwens? Spider-Gwen: Gwenverse Dares to Find Out

One Gwen to rule them all? 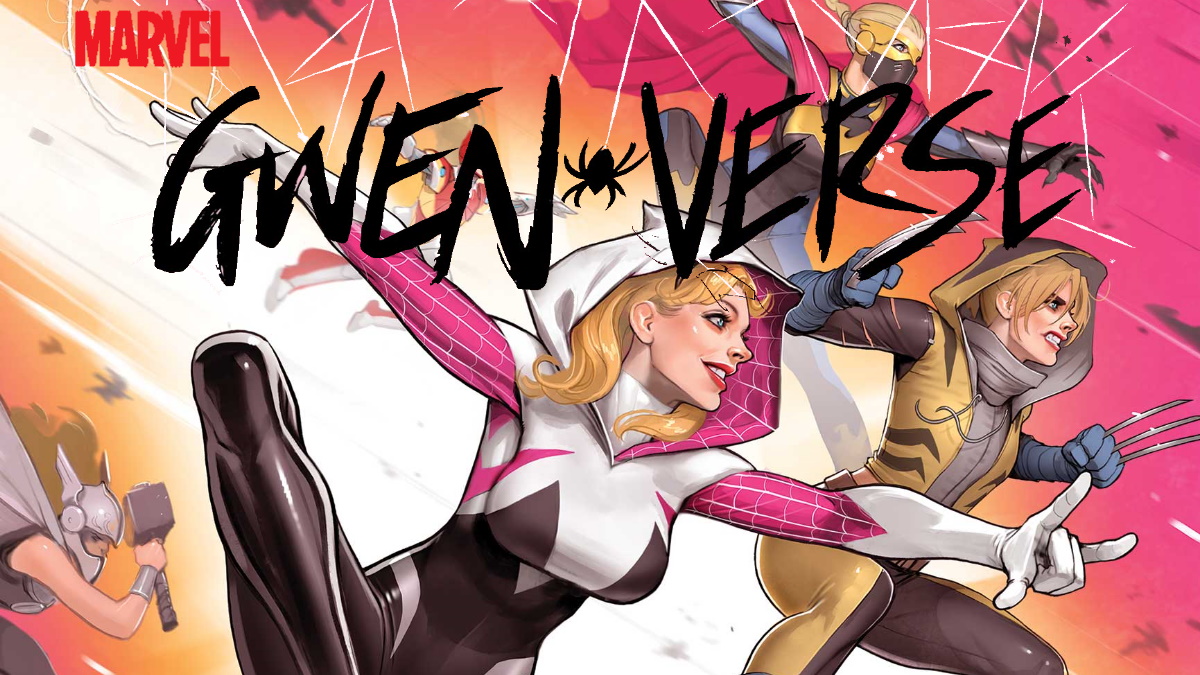 Gwen Stacy is a character that’s gotten the “what if” treatment a couple of times, from being on the other end of that radioactive arachnoid’s bite to becoming her own version of Deadpool. But what if Gwen Stacy got to actually meet some of her other selves? And what if those Gwens included the likes of Thor, Captain America, and a certain genius billionaire with a lot of armor parts lying around the house?

And what if, say, the story was a five-issue comic run full of fun character designs that would inevitably give us plenty of cosplay fuel?

Spider-Gwen: Gwenverse, set to release in February 2022, is an upcoming miniseries by writer Tim Seeley (Heroes Reborn: Marvel Double Action) and artist Jodi Nishijima (United States of Captain America). Along with them are artist Peach Momoko (who did the costume designs for Gwen) and artist David Nakayama (who did the cover). 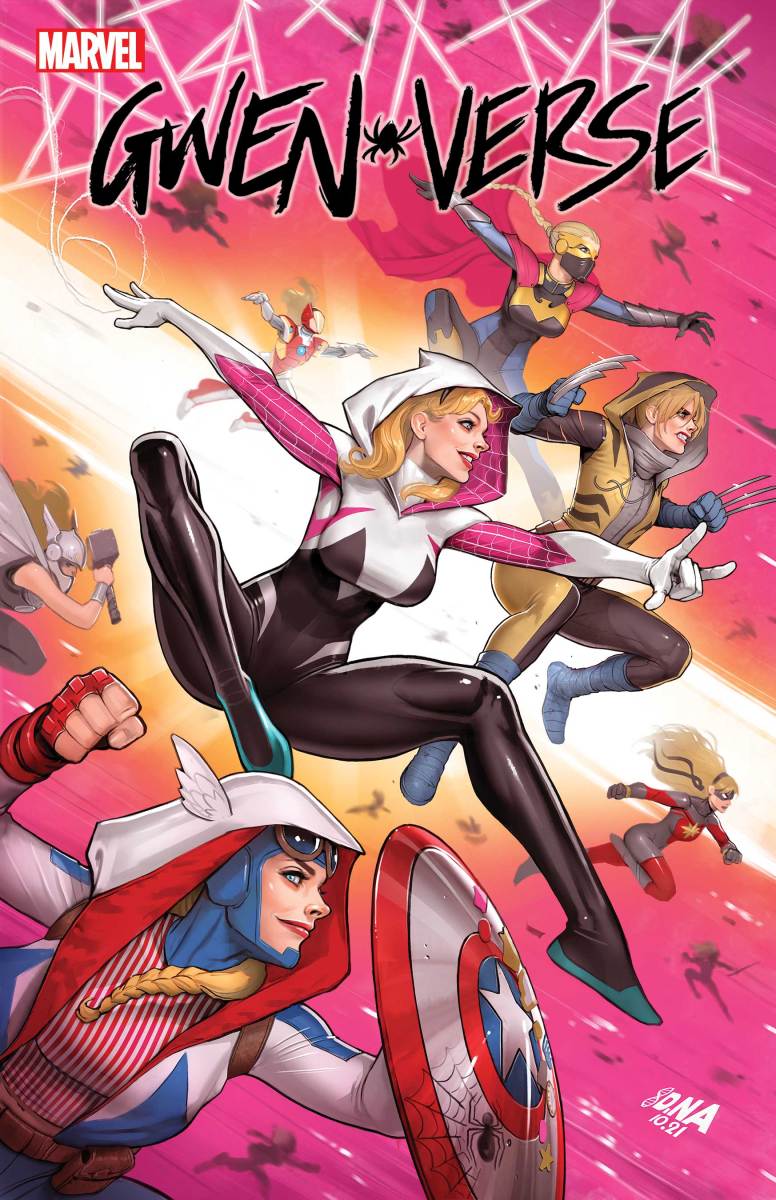 When Gwen Stacy was bitten by a radioactive spider, she gained arachnid-like super-powers and started a crimefighting career as Spider-Woman (or as she’s affectionately known to her peers, Ghost-Spider)! But what would have happened if instead she had picked up the enchanted hammer, Mjolnir? Or if she received the Super-Soldier Serum? Or built a high-tech suit of armor? Or…you get the idea! Find out in this new five-issue miniseries as Ghost-Spider tumbles through time and comes face-to-face with herselves!

As someone who is new to Spider-Gwen (I know of her, but I haven’t gotten the chance to read her comics yet) I asked Seeley what newcomers needed to know going into this series. “You don’t need much beyond knowing that she looks so cool because we’ll catch you up on the details,” said Seeley. “But, the basic facts are that Gwen Stacy is a superhero with spider powers, who tries to use her skills to save people to compensate for the guilt she feels over the death of her friend Peter Parker. She works with her dad, a retired cop, and her friends in her old band, The Mary Janes.”

Something else we need to know? These aren’t exactly AU versions of Gwen, it turns out all of these Gwens exist within the same universe! “One of the things that we really push in this story is that these aren’t “alternate universe” Gwens. These are all from the same universe. In fact, they’re from history! So, their existence has real stakes for Gwen’s Earth!”

Once upon a time, there was a ThorGwen smashing coffee cups and asking for another

Not just Thor, according to Seeley. Inspired by Peach Momoko’s designs, the miniseries will have, at the very least, ThorGwen, CapGwen, IronGwen, and Gwen Marvel. “We really approached this from a visual angle first, and that’s because we had Peach Momoko design the Gwens. The question we asked was “WHAT WOULD PEACH ABSOLUTELY KILL AT?” Turns out the answer to that question is ThorGwen, CapGwen, IronGwen, and Gwen Marvel.” Of course, when you look at the cover, you can see that these aren’t the only Gwens (I’m looking at you, WolverGwen). Maybe we’re getting more Gwens than Seeley’s telling us about?

What’s going on with the Gwens?

The synopsis mentions how Gwen tumbles through time to come face-to-face with herselves, but that doesn’t mean she’s going to get the warmest of welcomes. “What kind of ‘verse’ would it be without some ‘versus.'” I would say forgive Seeley’s pun, but I don’t think he’s sorry he made it.

To add more chaos to the chaos, Seeley went on to say that if he had the chance, we’d also be getting some Deathlok (known for being a Demolisher) AUs, too. “Luther Manning Deathlok, Collins Deathlok, Death Locket, Deathlock Prime… SO MUCH DEATH AND LOK!”

What does writer Tim Seeley’s own personal verse look like?

“Alternate Universe Me is probably an athlete and a runner, and works at a hedge fund,” Seeley said. Since we’re getting some “verses” in the Gwenverse, I asked Seeley if he’d be able to beat this athlete/runner in combat. “I’d be toast,” was his response.

Eh, my Briverse AU self would probably kick my ass, too.

The first issue of Spider-Gwen: Gwenverse will be released in February 2022.