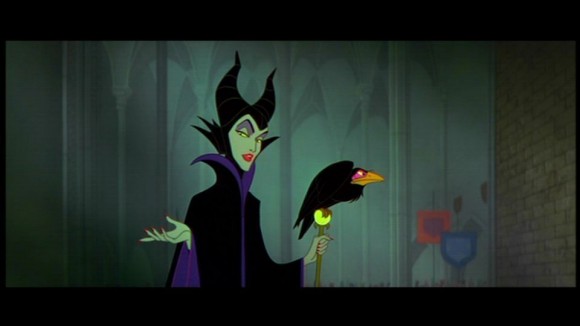 Dear Hollywood, please just let Guillermo Del Toro do whatever he wants. Even if it seems like there aren’t enough hours in one person’s lifetime to do every film they set their mind to. It appears the lack of hours is why he’s not coming back to make a third movie for the Hellboy. Sadface.  There is some potentially awesome news on the horizon, though: del Toro is expressing interest in directing a film centered around Maleficent, Sleeping Beauty’s arch nemesis and arguably the most badass of the Disney villainesses (I mean, she was totally the Big Bad of Kingdom Hearts until the inevitable revelation of the true Big Bad).

The project, which was formerly attached to Tim Burton, who dropped out to focus on other projects (according to IMDb: Abraham Lincoln: Vampire Hunter, and a full length Frankenweenie).

But don’t get your hopes too high up that del Torro will be taking over the reigns, though; he may not even have been offered the job yet (Get on that, Hollywood). As the director said in an interview with the LA Times:

“Let me put it this way, if they ask I’ll take the meeting…I think Maleficent’s dragon is the only design with the wings separate from the front legs, the only time that design has ever worked. And let me tell you how much of a fan I am. I have a collection of over two or three dozen Maleficent figures, some of them four or five feet tall. I own about 10 pieces of conceptual art from ‘Sleeping Beauty’ that include the dragon and a lot more pieces that are just from ‘Sleeping Beauty.’ It’s one of my three favorite Disney films. I would love to. But I don’t want to put too many hopes on it. They’re probably on a fast track and I cannot take any more projects on a fast track. “

But we can hope, though! Right? Because let’s face it, this seems like a project that’s begging for his input.

The film is also, in a stroke of casting genius, currently slated to star Angelina Jolie as the title character. Which, if you ask us, is a much better fit for her than Cleopatra, if only because the illustrated version already kind of looks like her and and you know she’ll rock that headdress.

(via Daily Blam, i09, Photo via Moviehole)