Oooh, Child: Guardians of the Galaxy Rumored to Be Under Development at Telltale Games 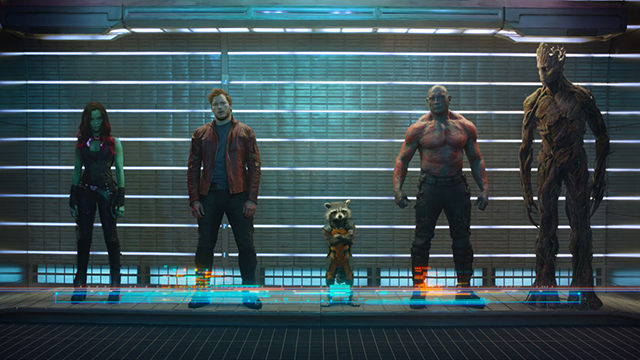 Way, way back in April of last year, Telltale Games released a teaser image that hinted at their next collaboration. It made waves specifically because it was hinting that the video game company would be working with Marvel on a brand new video game. As it turns out, the details of that new game may have leaked due to the current SAG-AFTRA voice actors strike currently underway.

This news comes about from ComicBookMovie.com, who say that a list of studios and games was shared with the press, revealing who hasn’t yet struck a deal with the union to re-acquire their voice talent. Next to “O’Farrell Enterprises, LLC,” one game title reads: Guardians of the Galaxy – The Video Game a/k/a Blue Harvest. Underneath that, listed next to the same company, another title reads Walking Dead Season 3, The. This has led many to believe that yes, O’Farrell Enterprises is indeed either working with or straight up is Telltale Games.

While this seems to be a lid that Telltale more than likely would have liked to have kept shut, it is perhaps for the better that such information’s been leaked. The voice actors strike is one that may hopefully change the industry for the better—at the very least, for those who work within it.

Given how Telltale has handled other comic book properties before (see: Batman), it’ll be neat to see how they handle Guardians of the Galaxy—again, provided that this turns out to be true. If not, then you can probably hop right back on the speculation wagon with us.

Oh, and how about that “codename” they’ve got for the Guardians of the Galaxy game? Blue Harvest is what they called Return of the Jedi when it was still in development—some serious nods to Guardians‘ very 70s/80s-centric schtick, no?