A Non-Comic Book Website Writes About Sexism In Comics 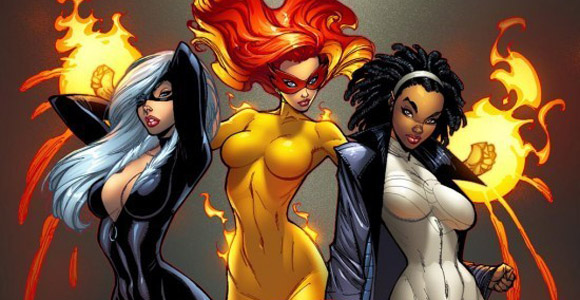 At The Mary Sue, it’s part of our job to talk about women’s role in comic books and controversies created therein. Many comic focused websites and blogs do the same but it’s not often you see someone outside the comic industry doing it. To our surprise, The Guardian posted an article today titled, “Ker-pow! Women kick back against comic-book sexism.” Hit the jump for what they had to say and who they spoke to.

You’ve heard about the all-female created anthology from IDW Publishing, Womanthology, well the article tells of a similar project in Britain – the “southern gothic” horror anthology, Bayou Arcana. The Guardian writes, “The anthology is the product of a unique experiment that brings together an all-female team of artists with an all-male team of writers – and it is an illustration of how a new generation of female artists and readers is radically changing the face of comics.”

“There is a certain sensitivity that you find in women’s art that just does not appear in a lot of guys’ work,” says James Pearson, editor of the anthology. “The way that they interpret the horror has an added depth to it – and that is part of the experiment. It’s actually a really sensitive approach to quite visceral subject matter.”

“Historically the comic book industry has been very male-dominated, but recently there has been a shift,” says Lisa Wood, co-founder of the Thought Bubble festival. “We are suddenly hearing women’s views and experiences on politics, religion, sexual ideas and parenthood. But most importantly these stories are not exclusive to women, they are stories for everyone.”

The subject turned to complaints over DC’s relaunch, the lack of female creators and depictions of female characters. Comics blogger Vanessa Gabriel told Guardian that DC and Marvel were both slow to react to complaints. “DC has been ‘doing better’ in headlining female characters and its sophisticated Vertigo imprint has impressed, says Gabriel, but the ‘heavy gore and gratuitous violence prevalent in many Marvel titles narrows the scope of their audience.’ She adds: ‘I think there has been a formula that may have worked in the past for Marvel and DC, and clearly it is not working any more.'”

They also spoke with Comics Alliance editor, Laura Hudson. “Drawing women with impossibly thin waists and triple D-cup breasts in revealing costumes is the aesthetic default in superhero comics, and institutionally that’s hard to break away from,” she said. “Independent comics and webcomics, meanwhile, have a far more even ratio of male to female creators, and perhaps not accidentally a far more diverse and balanced approach to women.”

There were a few wonky sections of the article, perhaps due to the author’s lack of industry knowledge but otherwise I’m pretty impressed with the story and happy to see something like this in the more mainstream media. It’s worth giving a read, there’s also talk about harassment at comic conventions and shops and a few other bits. And hey, I now know of a new, interesting anthology I’m going to check out.