GSM vs. CDMA: Or, How Dueling Mobile Standards May Get You a New iPhone 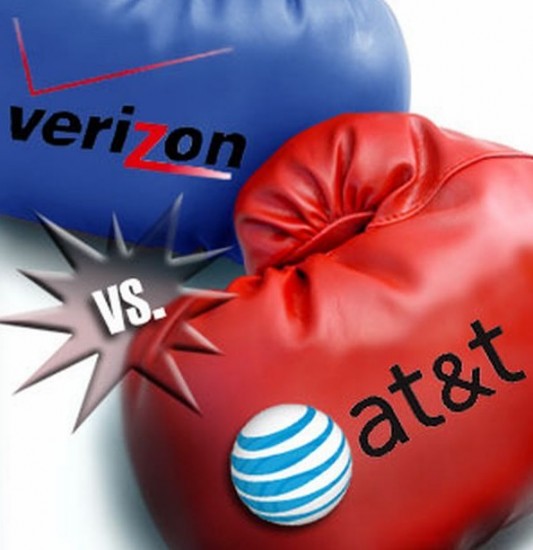 With all the recent rumors making the rounds on the internet these days with regard to the Second Coming new iPhone Apple is said to be releasing this summer (such as that  Verizon and Sprint customers may be getting a godsend soon,) it can be rather easy to fall into the hype. Whether or not this talk should be taken as gospel is up for debate; While we have a few reputable sources, the folks out in Cupertino is notoriously tight-lipped about their major releases in just about all areas. But why the fuss over radio transmitters, which play a major part in the WSJ’s report? It turns out the standards being talked about at length are game changers if (and that’s still a big if) Apple makes the trip over to CDMA. So we ought to ask:

What’s the deal with GSM and CDMA and why do they matter?

GSM, or Global System for Mobile Communications, is the mobile communications technology that the iPhone now uses through AT&T. Originating in Europe as the Groupe Spécial Mobile, it is now the most popular mobile standard in the world, at about 80% of the world’s more than 4 billion cell phone users. Conversely, competitor CDMA, or Code Division Multiple Access, is a Qualcomm-created mobile technology that originated in the U.S. that serves upwards of 10% of the world’s cell phones. The major carriers in the U.S. are split between the two standards, with AT&T and T-Mobile using GSM and Verizon and Sprint Nextel using CDMA for their phones and, more recently, wireless peripherals.

What this translates to is a distinct consumer experience as both standards inform what a cell phone can offer its owner. For one, cells using GSM, because of the technology’s widespread use, can worry less about travel abroad affecting their coverage as their phone will likely find a carrier that makes use of it. CDMA phones can make no such claim yet, though Verizon has made inroads in expanding its global service by partnering with Vodaphone in the UK to further develop the standard on their devices.

In terms of data transfer methods, CDMA has traditionally had the faster speeds and more reliable service. However, with more recent developments like UMTS and HSDPA, GSM has largely closed the gap in some areas, and both offer connection speeds comparable to broadband. Meanwhile, users can simultaneously take calls and access the data network using GSM.

Lastly, GSM phones use SIM — or subscriber identity module — cards on their devices. Information on a SIM card can be transferred between unlocked phones under this concept. CDMA phones lack this feature, and for the most part must be programmed by the carrier before they reach the consumer.

In recent ad campaigns — and particularly those having AT&T and Verizon go head-to-head — these issues are at least nominally touched on:

Now, is the iPhone the most popular smartphone on the market today? Yes, though Android is closing in. Meanwhile, is Verizon considered the more reliable network. Yes, in practice. However, given the dominating success of the iPhone since its debut in 2007, having it offered on more than one carrier can change the fortunes of the companies involved. How will it affect AT&T, who can thank Apple for much of its success and even strains? How will a Verizon iPhone be received in the overseas market? According to CNN, it may be as late as 2011 that Apple will make the move over to Big Red. The rest of us will just have to wait and see.

For more information, check out the video below (which is a bit dated, but still has good fundamental info)