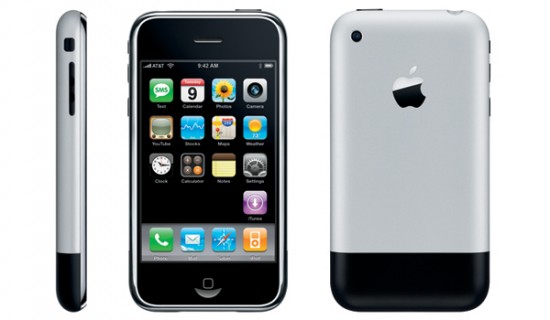 Have the rumors of a new iPhone coming in 2010 just been confirmed?

In a terse, Drudgelike headline that’ll excite some tech geeks as much as most days’ Technology sections, WSJ.com has just put up a “Breaking News” headline atop their site, as yet unlinked to an article, to the effect that a new iPhone is coming out this summer — and it’d be Verizon-capable.

“Apple is developing a new iPhone to debut this summer and also appears to be working on another model for Verizon Wireless.”

Previously, there had been rumors that a new, presumably 4G iPhone was on the horizon for summer of 2010 because the Moscone Center in San Francisco had been booked for an event on the three-year anniversary of the iPhone’s unveiling in 2007.

We’ll let you know as more information surfaces on this — we’re certainly eager to hear a fuller story.

Update: Well, here’s a sliver of that fuller story: there may be not one, but two different iPhones in the works. And the Verizon speculation comes up because Apple is apparently using CDMA for one of the new phones, which is a cellular technology used by Verizon.

Apple Inc. is developing a new iPhone to debut this summer and also appears to be working on a model for U.S. mobile phone operator Verizon Wireless, say people briefed on the matter.

While Apple has unveiled a new iPhone every June or July since launching the product in 2007, the new model with CDMA capability, the cellular technology used by Verizon, is notable because Apple and AT&T Inc. have long had an exclusive relationship with the iPhone. That has given AT&T a competitive edge over other carriers including Verizon for the last three years.

A grain of salt: CDMA isn’t Verizon-exclusive, mind you, but AT&T doesn’t use it, opting to use the rival GSM technology.