George R.R. Martin’s Publisher Confirms: No New A Song of Ice and Fire Novel in 2015

A Song of Sigh and Ire 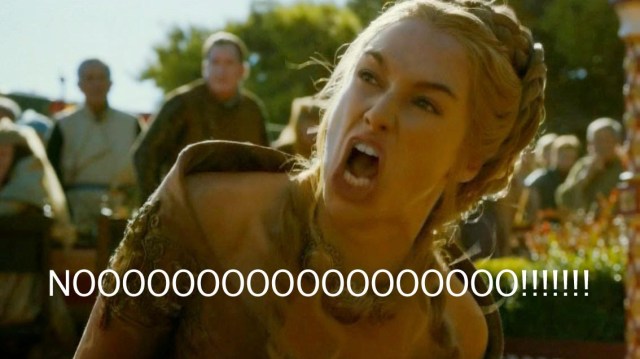 Ok, most of could have guessed this, but I’m not the only one who was holding out hope George R.R. Martin would get his next A Song of Ice and Fire this year, right?

The Guardian writes, “his publisher confirmed there are no plans for the much-anticipated latest volume from his A Song of Ice and Fire series to appear in 2015.” However, we will get three illustrated Westeros novellas with previously published words.

A Knight of the Seven Kingdoms takes place nearly a century before the bloody events of the A Song of Ice and Fire series, when the Iron Throne was still held by the Targaryens. Out in October, it is a compilation of the first three official prequel novellas to the series, The Hedge Knight, The Sworn Sword and The Mystery Knight, never before collected, and now set for release in a new illustrated edition.

These new additions will be illustrated by Gary Gianni.

Going on to speak about The Winds of Winter, Jane Johnson from HarperCollins told The Guardian, “These are increasingly complex books and require immense amounts of concentration to write. Fans really ought to appreciate that the length of these monsters is equivalent to two or three novels by other writers.”

A Dance with Dragons was published in 2011, before that A Feast for Crows in 2005, A Storm of Swords in 2000. My bet? We’ll see The Winds of Winter published early 2016 before the premiere of Game of Thrones Season 6 in order to keep the television series from getting ahead of the books. I’d like to say they’ve all been planning on timing together because otherwise it would be a big disappointment to the book fans, but Martin has previously said, “The last thing I want is for the TV series to catch up with me. I’ve got a considerable head start, but production is moving faster than I can write.”