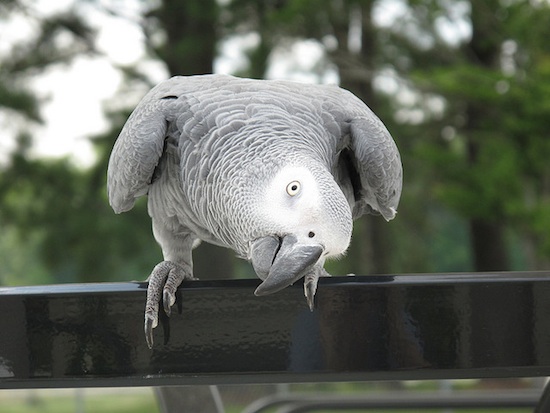 Long known to be good for repeating things that pirates say and also not much else, it appears that grey parrots have more going on upstairs than once thought. A recent study found that the birds are capable of making inferences and using simple logic to solve problems or make predictions. Fairly simple predictions, but still predictions, and mostly correct ones. The demonstration puts the parrots’ reasoning skills on par with those of human three-year-olds — which is either a major victory for parrots or a serious blow to toddlers everywhere, depending on how you look at it.Earlier experiments had shown inklings that the parrots might be harboring higher-order thinking skills, but the jury remained out on whether they could actually make logical conclusions to solve problems. To test whether that was the case, a team of German and Austrian researchers placed two opaque boxes in front of the birds. One contained a delicious treat, while the other contained nothing. Researchers then shook the box containing food, producing a rattling sound. The parrots would then tip over that box, earning themselves a treat. But that’s the easy part.

For the second stage of the experiment, researchers shook the empty box, which made no sound. When the boxes were set down, the birds overwhelmingly went for the box that had not been shaken, suggesting that while they understood a box that rattled had food, they were also making a logical connection — if no sound is produced, then the food is in the unshaken box. A pretty impressive leap of understanding, for a bird. Also, for a toddler.