Gremlins Might Be Getting a Reboot, Time to Pray It Doesn’t Happen 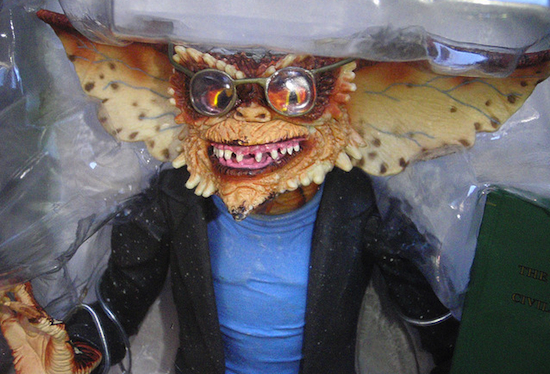 Here’s a timeless adage for you that all of Hollywood swears by: When in doubt, just reboot a cinematic classic from the 1980s. It’s happened before countless times in the past with the end result always being a malformed abomination of what it once was. Having run the well of novel ideas dry years ago, film executives are already on the prowl in their reboot creeper van scoping out unsuspecting ’80s flicks they’ve convinced themselves are in desperate need of a modern makeover. The latest victim they’ve set their money-hungry eyes on: The 1984 horror comedy Gremlins. Run, Gizmo! Run far away and don’t look back!

Vulture reported that Warner Bros. — the film’s original distributor — is currently engaged in negotiations with Steven Spielberg’s own studio, Amblin Entertainment, to give Gremlins a 21st century overhaul. This is just one of many meetings between the studios that has taken place throughout the years, with Spielberg consistently requesting involvement and a whole lot of cash for the rights to the malicious little critters. Despite prior rejection, Vulture’s stated that Warner Bros. might just walk away with Spielberg’s blessing to mutilate the film franchise.

It’s likely Spielberg won’t be directing this dreaded prospect of Gremlins reboot since he was merely on board the original as executive producer, though the specifics of what his involvement would possibly entail remains to be seen. For the record, if we had any say in this decision process, we’d tell Warner Bros. to bring back Howie Mandel as the voice of Gizmo or no deal — no pun intended, we swear!