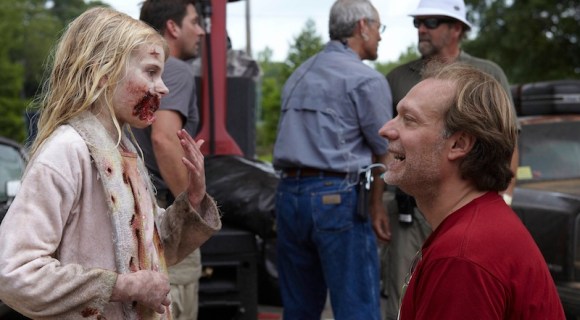 Greg Nicotero, the nice man talking to that frightening little zombie girl, is having a really great week. First, he won a creative arts Emmy for his special effects makeup work on The Walking Dead, and now he’s signed a first-look deal with AMC to develop additional projects for the channel, including a six-episode web series that he will direct. That’s not all — the special effects legend has also been named a co-executive producer of The Walking Dead. So, can we buy you a drink, Mr. Nicotero? Because you’ve more than earned it!

Nicotero has been earning his special effects makeup stripes since the mid-1980s, including work on Evil Dead 2 early in his career. And now, he’s not just in charge of the special effects on The Walking Dead — he’s part of the creative process of the show and will have a hand in producing even more for AMC. Joel Stillerman, the senior vice president of original programming at AMC, said this in a statement:

“Greg’s talent extends well beyond the word of special fx makeup. He is also a truly talented director, and has an incredibly comprehensive understanding and appreciation for great storytelling. His knowledge and respect for the genre is unparalleled, and we are looking forward to expanding our relationship with him with an eye towards developing more great original series.”

One of those additional projects is already ready for early next month. Nicotero has directed a six-episode web series written by John Esposito based on the first “walker” seen by Rick Grimes (Andrew Lincoln), “Bicycle Girl.” In case you need a refresher, that is this lovely young thing: 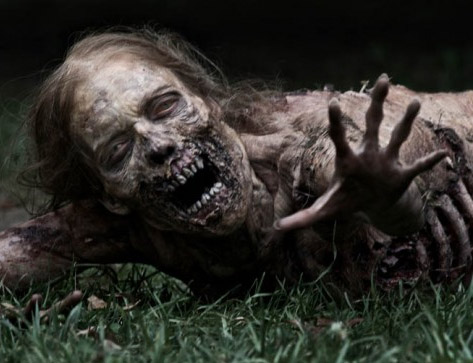 The series, which is set to premiere on October 3, will be the origin story of this woman before she became a zombie, showing us what she all went through before she ended up all zombified, protecting her family from the plague that eventually claimed her as a victim.

Nicotero, co-owner of KNB EFX Group, had this to say:

“To be able to branch out and to develop not only the web series but also genre material is something I have always wanted to do; given the people I have had the pleasure of working with over the last 23 years.”

According to the Hollywood Reporter, he will also be the director of one episode in the upcoming season. It is definitely a good time to be Greg Nicotero, and we are definitely psyched for him. Here is a video of the man at work on the Bicycle Girl’s special effects: