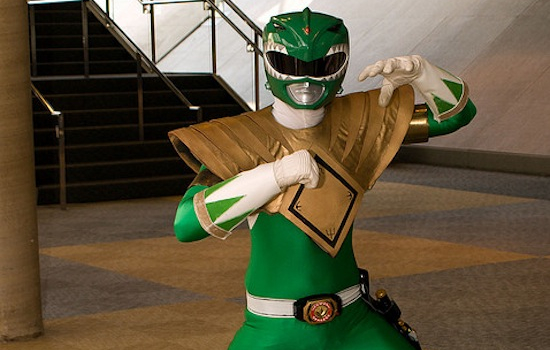 Since retiring from his role as the green-hued leader of the Power Rangers, actor Jason David Frank — better known as Tommy Oliver on the TV series — has been a busy, busy man indeed. Aside from instructing others in the ways of karate, busting skulls in the mixed martial arts arena, and pretty much living up to his erstwhile on-camera persona of “karate-chopping bad boy,” Frank enjoys attempting to shatter world records just as much as his opponents’ ribs in the ring. Later this month, Frank is looking to break the world record for the number of pine boards broken while skydiving. Which is seriously an actual record that exists.

Frank’s official Facebook fan page put the world on notice that he’ll attempt to shatter the board-busting record on January 17th at Texas’ Skydive Spaceland. Like any self-respecting record attempt, it will be filmed and judged by Guinness World Records with the video to be posted later on YouTube. That’s assuming there’s even a cameraman coming back alive from the event since we all know that the force of a punch from the Green Ranger creates shockwaves powerful enough to annihilate anything within a 50-mile radius.

The current record holder for this stunt is Clifford J. Crandall, with two broken pine boards under his belt and a place in history. Much respect for Crandall, but unless television has lied to us, we have to believe Frank has got this one in the bag. If he really wanted to, there’s no doubt in our minds that Frank could just as easily karate chop an entire pine tree down the middle midair and set the bar impossibly high for anybody else.

In fact, we really have to assume this is just practice for Frank’s next world-record shattering event, in which he will set the record for breaking the faces of 10 Putty Patrol goons and Rita Repulsa while bungee jumping.