Get Your Buzzing Finger Ready: Register Now To Try Out For Jeopardy! 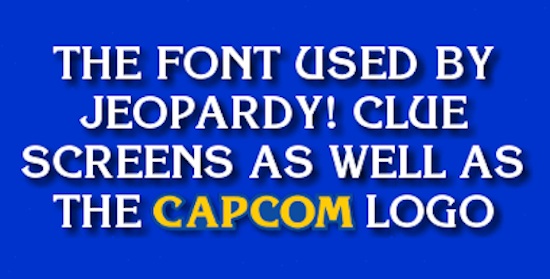 If there’s one thing watching Jeopardy! over the years has taught me, it’s that Jeopardy is super easy, and I would totally win if I ever got the chance to play, just as long as I was playing against members of my immediate family and none of those occasional Bible question categories came up. In other words, I would totally win Jeopardy! Soon, though, I’m going to put my money where my mouth is and try out — again — for the best game show America has to offer. You can too, if you decide to pit your wits against millions of contestants from across the country and the globe vying to be the next person going “Seriously, you guys, I don’t think this buzzer is working!” in front of a live studio audience. Think you’ve got what it takes? You can prove it online next month. Keep reading to learn how.

Getting on Jeopardy! is no easy feat, and requires as much luck as it does skill and knowledge. First, you’ll have to register at the Jeopardy! website to take an online quiz on the 8th, 9th, or 10th of January. You’ll have to fill out a pretty standard application and let the producers know where you’d want to audition for the show if you make the first cut. Then it’s on to the meat of a Jeopardy! tryout — a short quiz. Folks with high enough scores are selected from a pool to come in for auditions in person, where the whole process starts over, but with more of a first date vibe. Yeah, it’s an involved process, but getting into the system so you can have a chance at glory takes no more than a few minutes, and like the old saying goes, you can’t win if you don’t play.

So start hitting hitting the “Random” button on Wikipedia and get ready to tell Alex Trebek your most banal story, because some day soon, you could be the person freezing up on national television while the rest of us are shouting things like “What is the Isle of Elba? You jerk!” from out couches. Or, you could pay off all your student loans in one fell swoop.