Are Graphic Novels Eligible For The Newbery Medal? 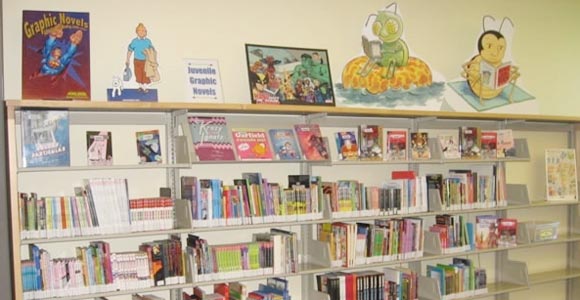 The John Newbery Medal is awarded each year by Association for Library Service to Children for outstanding contributions to children’s literature in America. Along with the Caldecott Medal, the Newbery is one of the most prestigious awards a children’s author can receive. But although countless graphic novels are written each year with children in mind, none have ever won a Newbery. The reason may surprise you.

Past winners of the Newbery Medal include Robin McKinley’s The Hero and the Crown, Louis Sachar’s Holes, and Neil Gaiman’s The Graveyard Book. Heidi MacDonald over at The Beat brought together some interesting discussion on the topic. It involved a post by librarian Elizabeth Moreau and the comments that followed. Originally, the topic was brought up at the ALA’s annual conference. According to Moreau, who cites the official rules, there’s no reason graphic novels shouldn’t be considered. Here’s a few bits from the rules:

“Contribution to American literature” indicates the text of a book. It also implies that the committee shall consider all forms of writing—fiction, non-fiction, and poetry.

The committee is to make its decision primarily on the text. Other components of a book, such as illustrations, overall design of the book, etc., may be considered when they make the book less effective.

So does that mean a graphic novel’s art would act against the book just for having such a large role in the overall story? Moreau did a little experiment:

For the next five pages, I covered up the illustrations with post-it notes except for little gaps around the text bubbles and the people’s heads (so I could see who said what) and then I started reading.

Note: for this to be a truly effective experiment, I should have had someone else cover up the illustrations so I never even saw them. People already think I’m crazy, this request wouldn’t even have them raising their eyebrows.

And then I read. And it didn’t work. Without the illustrations the text was fun, but mostly flat. The setting was non-existent. And far too much was lost. I mourned a little bit as I replaced it on my shelf.

In the comment sections cartoonist/educator Chris Schweitzer, argued the illustrations in a graphic novel are not so much art as they are actual story. And then MacDonald brought up an interesting counterpoint: “Not discussed: could a Graphic Novel win the Caldecott Award, which is presented for the best illustrations in a children’s book?”

What do you think? Should graphic novels be eligible for the Newbery and should the rules be changed so that can happen?

(via The Beat, image via PNLA Quarterly)