Graphene Reacts Based on Material Beneath It, Continues to Amaze 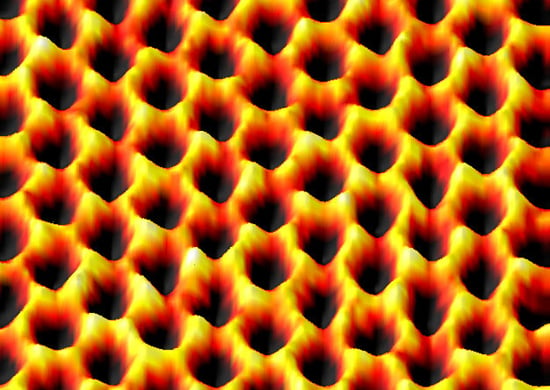 Most compositions react to different chemicals due to the nature of their atomic structure and other similar factors. This, apparently, is one of those things that doesn’t necessarily apply to graphene. When layered on top of various materials, a one-atom-thick sheet of the stuff can exhibit drastically different properties. This includes both how the graphene reacts chemically with other materials introduced to the sheet and how it conducts electricity.

Graphene is so thin that it’s actually influenced by the electrical fields of the atoms underneath it. The group performing the experiments had to come up with a new electron-transfer theory just to explain their results. Graphene layered over these secondary materials, as well as any that have yet to be discovered, could eventually lead to a surface of the same material that reacts in specific ways to different stimuli in different areas.

One of the examples presented is if researchers wanted to cause specific delicate biomolecules to react without actually disrupting them. A layer of graphene could potentially solve that problem. That’s just one of the many ways graphene can be utilized, of course. The stuff can actually create electricity when struck by light. There’s sure to be even more properties out there just waiting to be discovered.