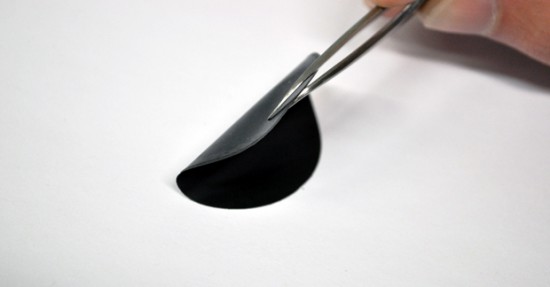 The University of Technology Sydney announced yesterday that they have created sheets of graphene, specially processed graphite, that is stronger than steel, but has the thickness of paper. The new material has incredible properties, as described on the UTS website:

To create this material, researchers filtered milled graphite through a chemical process that reorganized the nano-structure of the graphite. The result, on the atomic level, is a honeycomb of carbon atoms. Graphene has already made quite a splash in the science community, with research on the ultra-strong material winning a Nobel prize last year.

This could have major implications for vehicle designs, specifically aeronautics, which calls for high-strength low-weight materials. Given the materials flexibility, new and radical designs could now be available for all kinds of vehicles. Additionally, the graphene paper is also a recyclable material, making it relatively easy and cheap to produce.