Sheets of Graphene Can Patch Their Own Holes | The Mary Sue

Sheets of Graphene can Patch Their Own Holes, Will the Wonders Never Cease? 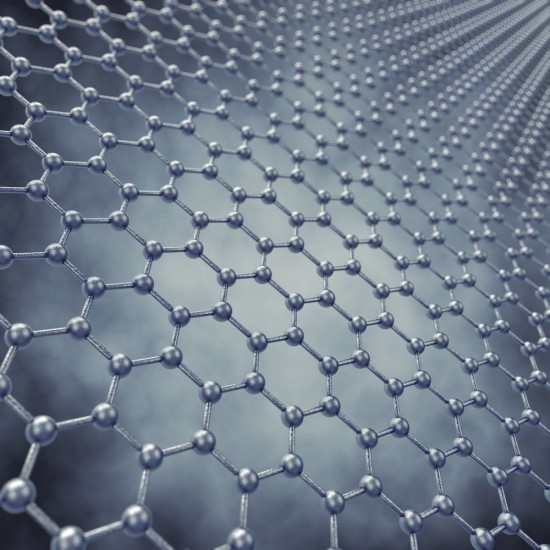 The “God-particle” has been getting all the attention lately, but nevermind that for a moment. We’ve got an up-and-coming God-material on our hands. Graphene — already proven to have the strength steel in sheets as thin as paper, uses in super-powerful, flexible capacitors, applications in improving the efficiency of desalination by a factor of 100, and the ability to generate electricity when struck by light — has just demonstrated a new miraculous quality: Sheets of graphene can patch their own holes. It seems that the question of “is there anything graphene can’t do?” is becoming less and less rhetorical with each passing day.

One of graphene’s few weaknesses is that while it has incredible tensile strength, its thinness (a single atom) makes it extremely prone to damage by poking. A team of researchers at University of Manchester, U.K., which includes one of graphene’s co-discovers Konstantin Novoselov, has discovered yet another ridiculously useful quality of the material that might be able to compensate for this weakness. A graphene sheet with holes can patch those holes itself when exposed to a bunch of loose carbon atoms, sort of like a blanket that could sew itself up if submerged in yarn.

Like so many great discoveries, this one was serendipitous. The researchers were actually experimenting with ways to apply metal strips to sheets of graphene, in order to further explore its potential for use in electronics. The problem was that they kept poking holes in the graphene sheets while they were trying to figure out the best possible process. Then, when stray carbon atoms just happened to be nearby, the researchers began to notice these atoms coming over to the graphene sheet and popping themselves into the empty spots where the holes were.

On further investigation, the researchers found that hydrocarbons would exhibit similar behavior, but could result in irregular formations in the middle of the sheet. Pure carbon atoms, however, applied in proper amounts, will just pop right into the holes in a perfect hexagonal pattern, all by themselves. If that weren’t enough, metal atoms seem to be attracted to the holes too. “If you can drill a hole and control that ‘carbon reservoir’, and let them in in small amounts, you could think about tailoring edges of graphene or repairing holes that have been created inadvertently,” researcher Dr. Ramasse told the BBC.

The properties that graphene has are utterly staggering, and the fact that new ones keep being found is even more staggering. It’s hard to even guess what else the material might be capable of, because a lot of the really outlandish guesses have already been proven. This could be our unobtainium. And at the same time, there’s a certain kind of poetry to the simplicity. In a way, it seems obvious that something so pure and simple as sheets of atom-thick carbon would be miraculous. Sure, it may not be floating around in nature, but there’s something so quietly majestic about the material’s I-could-explain-this-to-a-five-year-old composition. Who knows what else graphene holds in store, but personally, I’m crossing my fingers and repeatedly whispering “time travel.”

This bears repeating. Graphene can: