Everyone with joy in their hearts likes this.

Everyone likes to throw a fit when Facebook changes things and adds new features, but I’m calling this propensity of Grandmas to accidentally tag Grandmaster Flash when they mean to write their own name a feature and not a bug (or operator error). There’s an entire Tumblr of it, because it’s adorable and probably the best thing about everyone’s relatives being on Facebook—even Grandmaster Flash himself enjoys the confusion.

Honestly, Grandmaster Flash has been around since the 70s, and my parents (who are old enough to be grandparents and would like to remind everyone of that constantly—especially me) are certainly old enough to have been into him when they were young. So, I’m not entirely convinced that all of these are 100% accidental after Facebook popped up the suggestion, but that would just make these grandmas even cooler.

Here are a few more to warm your heart: 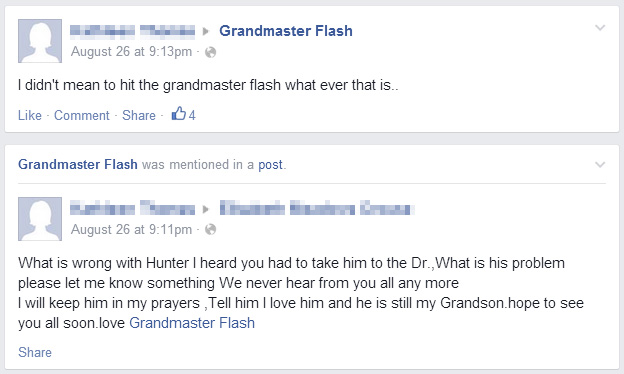 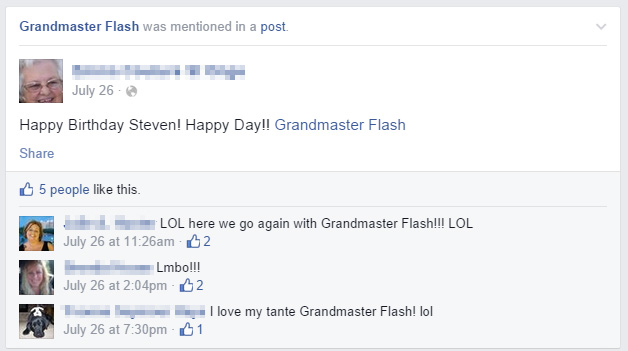 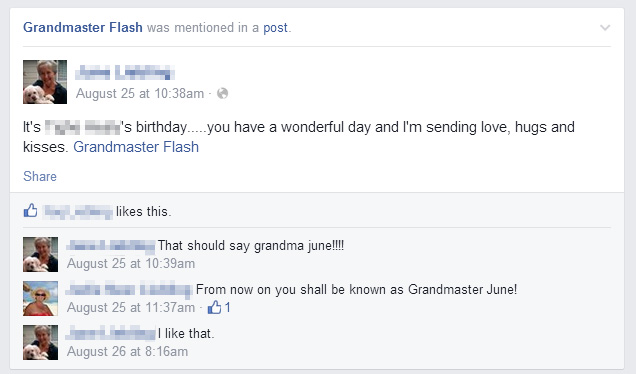 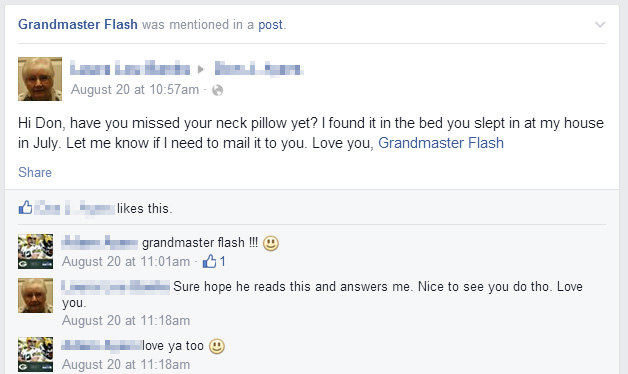 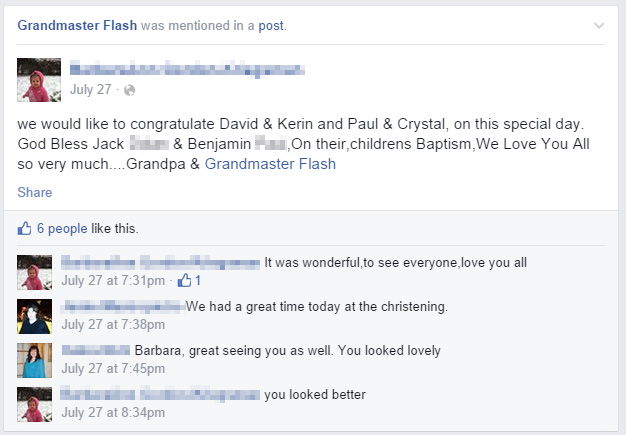 Check out the rest over on the Love, Gampa and Grandmaster Flash Tumblr.