Links To The Onion on Facebook Will Be Tagged as Satire

Wait. The Onion's not true? 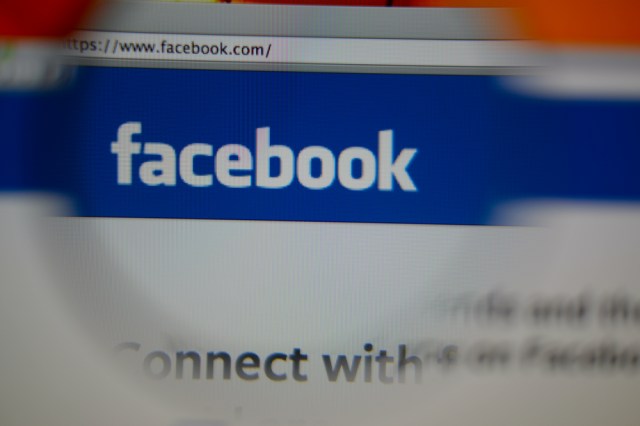 I’m sure we’ve all experienced funny moments when browsing Facebook. Someone posts a link from The Onion and then proceeds to rant about the inhumanity of what is being written, completely oblivious to the fact that it is a satirical article on a satirical site. It can often lead to some hilarious feedback from other users who feel similarly to the original poster. The site Literally Unbelievable, whose tagline is “Stories from The Onion as interpreted by Facebook,” exists solely to show off those hilarious moments. But will the hilarity last?

Apparently Facebook is taking steps to combat the misinformation. When you click on a link that someone has posted to Facebook, you’re then presented with “Related Articles.” This section will most likely display other links from the same site as well as one or two other sites about a similar topic to the original posted article. Facebook recently implemented a new feature so that if you click on an article from The Onion, any related links going back to The Onion will begin with the disclaimer of “[SATIRE],” as demonstrated by this screenshot from Ars Technica writer Sam Machkovech. 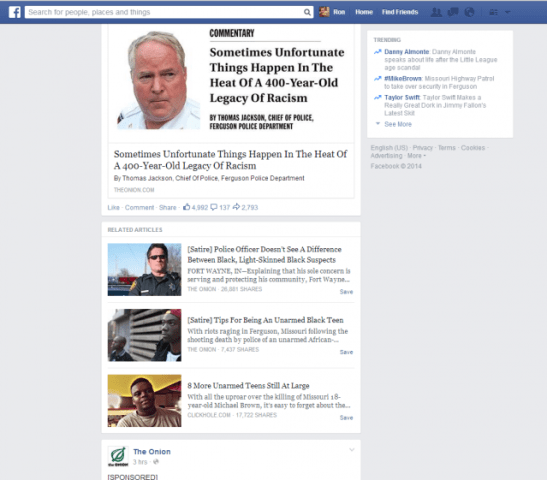 I can’t quite figure out why it only works for the “Related Links,” though. By that time, you most likely have already read the article and formed your opinions and still may not realize that the original link they clicked on is satire as well. It also appears that only The Onion is affected. Other satire news sites don’t get the same treatment. It seems like it would be much more helpful to put it on the original article itself and cover any satire.

Although, maybe I don’t want them to do that. Then I won’t be able to laugh at Literally Unbelievable anymore!