The Late Graham Chapman Narrating His Autobiography | The Mary Sue

The Late Graham Chapman Will Narrate a Film About His Life 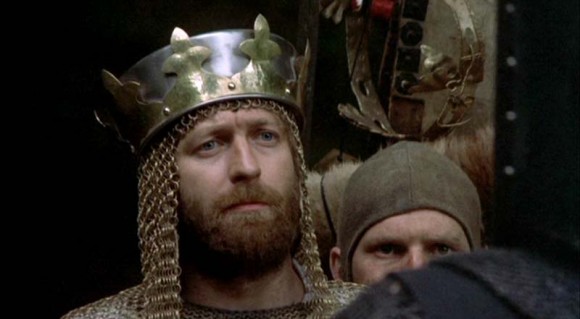 Fifteen different animation companies will come together to take on one respective chapter of Graham Chapman‘s fake autobiography, A Liar’s Autobiography: Volume VI and turn it into a film. Chapman is a former member of Monty Python, and I say “former” only because he is no longer living. But before he died in 1989, he recorded himself reading part of his own book, so that is going to be used for the film’s narration. And it only took someone over 20 years to think to do this.

The adaptation of what is generally referred to as Chapman’s “absurdist memoir” will also include voiceovers from the surviving Python members — John Cleese, Terry Jones, Terry Gilliam, Michael Palin, and hopefully Eric Idle (who is being “worked on” to join). Expected to be about 85 minutes long, it will be produced and directed by Bill Jones (son of Terry), Ben Timlett, and Jeff Simpson.

Each of the 15 segments — which will be 3 to 12 minutes in length each — will tell a different story about Chapman’s life and be produced by different animators. (Not clear if any of them will be done by Gilliam.) This idea came after a documentary was shelved when it was realized that there was no real old footage of Chapman outside of his work with the Pythons. But Chapman’s partner, David Sherlock, did have access to a recording of the late comedian reading his entire book.

As for that book, Terry Jones calls it “a downright, absolute, blackguardly lie.” Not meant to be taken seriously, everything exaggerated and dramatized for effect. Sounds perfect for an animated film being produced by 15 different companies and voiced by the former colleagues of the deceased author, if you ask me.