Youtube’s Grace Helbig Will Star in Her Own TV Show on E!

We are really excited about it, but the channel name also just ends with an exclamation mark. 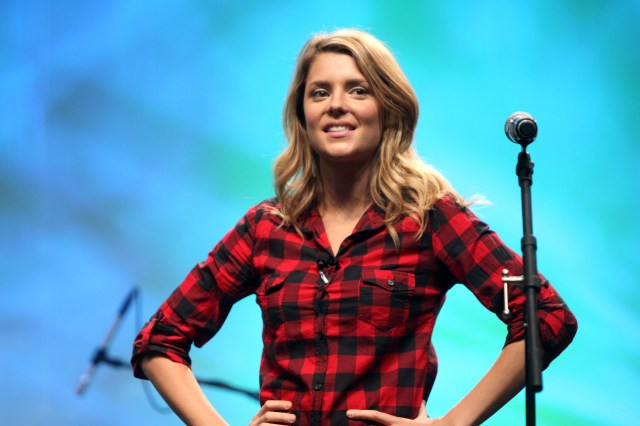 The Internet’s own Grace Helbig, who first rose to prominence with her “DailyGrace” web series through the My Damn Channel network and later through her own “It’s Grace” channel, is now officially making the jump to actual television. You know, that thing where you don’t get to click through the ads after five seconds.

According to E!, The Grace Helbig Project (a working title) has been envisioned as a “hybrid comedy project” where Grace will comment on weekly pop culture news, interview celebrity guests in random locations like the grocery store, and engage with her fans over social media. It will premiere on the network some time in April 2015.

Here’s more from the announcement, which emphasizes Helbig’s “unconventional” comedy style (and all those fans she’s bringing with her of course):

“This show is a fresh take on the conventional talk show with a very unconventional host who has already captured an enormous fan base of young viewers on the web,” added Jeff Olde, Executive Vice President of Original Programming & Development at E!. “As we continue to seek out programming that offers a rich multiplatform experience, we are excited to launch this forward-thinking talk show that speaks so perfectly to our audience and to the core of E!’s pop culture brand.”

On the one hand, irreverent pop culture talk shows are sort of a dime a dozen on cable, and snuff themselves out as quickly as they’re lit—remember The Wil Wheaton Project on Syfy? On the other hand, Olde is right in thinking that Helbig will appeal much more to youth viewership than somebody like Wheaton did, and her irreverent, improvisational comedy style definitely lends itself much better to this kind of program in the first place.

What do you think about this new show’s chances?

(via E!, image via Gage Skidmore)