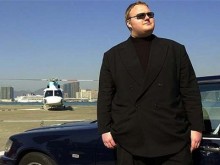 After the seizure of MegaUpload, there were a number of issues to be addressed. First of all, there’s the actual prosecution to be dealt with, needless to say, it’s going to be a process that will be as complicated as it will be lengthy. That fact is what has given rise to the second big issue: How do you get perfectly legal files back to their perfectly innocent owners? While MegaUpload data was in danger of deletion for a while, it’s safe at the moment, and the process of trying to reunite users with their files has led MegaUpload lawyers to take a good look at their former user base. What did they find? Included among the sites many users — infringers and otherwise — are a number of government officials, including U.S. Senators and employees of the Department of Justice itself.

“Guess what – we found a large number of Mega accounts from U.S. Government officials including the Department of Justice and the U.S. Senate,” Dotcom told TorrentFreak. “I hope we will soon have permission to give them and the rest of our users access to their files.” A big part of MegaUpload’s defense has been the site’s perfectly legal uses, like sending files across the globe, for example. A big part of the DoJ’s case against MegaUpload has been their allegations that the site was little more than a harbor for pirates and that MegaUpload specifically catered to these infringers. The existence of DoJ MegaUpload accounts definitely complicates the black and white nature of that argument.

Now, how do they know these accounts belong to government officials? Neither Dotcom or MegaUpload lawyers have explained, but it’s pretty reasonably to assume that the government officials in question used their .gov email addresses to register their accounts. After all, that’s how hackers found out that plenty of government official have accounts at the porn site DigitalPlayground. This isn’t damning or anything, after all, MegaUpload did have perfectly valid file-sharing uses. The extent to which it is damning is that it sort of makes it tough for the DoJ to make the argument that MegaUpload was nothing but a pure infringement engine without admitting that they were part of it. Granted, this could be overcome with a little hypocrisy and refusal to address the existence of those accounts and what that means, a tactic which is far from out of the question.

If you have some files trapped on the MegaUpload servers, there are a few things you can do about it. First of all, remember to backup your files locally and then never ever forget that is a thing you should always, always be doing. Second, if you can’t change the past, you can get in touch with the Electronic Frontier Foundation (EFF), which is working on a way to reuinte users with their files. All the affected need to do, whether they are government officials or not, is email the EFF at [email protected] in order to get involved in the MegaRetrieval campaign.