Now We Know Gotham‘s Plan for Aging up Poison Ivy, and It Sounds Gross 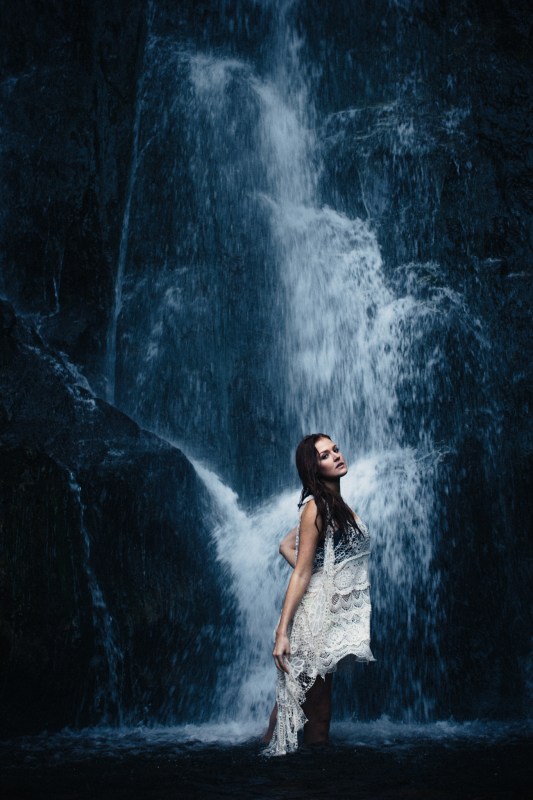 Remember the news that Gotham would be recasting and aging up the role of Poison Ivy, replacing 14-year-old Clare Foley who had played the part for the first couple of seasons? At the time, I hoped that the recasting news would turn out to just be a misdirection. Gotham has done fake-outs before when it comes to recasting iconic characters. Unfortunately, this news turned out to be true.

Maggie Geha has just earned herself the role of older Poison Ivy, and according to Comics Alliance, this is how Gotham will explain the character’s sudden growth spurt: “Following an encounter with a monster from Indian Hill, Ivy Pepper finds herself reborn, and one step closer to the DC villain she is destined to become: Poison Ivy. Now a 19-year-old woman who’s harnessed the full power of her charms, she sets her sights on Bruce Wayne (David Mazouz).”

Reminder! David Mazouz, the actor who plays the young Bruce Wayne, is still only 15 years old. Maggie Geha is playing a 19-year-old version of Poison Ivy on this season, and the way this description’s worded, it sounds like she might be flirting with a child. Depending on how you interpret “set your sights,” I guess. If there’s any sexual tension between these characters, that … would be messed up, to put it mildly.

It would also fly in the face of what Gotham‘s executive producer/writer Bruno Heller said in the past about not wanting to sexualize the show’s young characters. Two years ago, Heller said,

[The young characters] won’t be as sexualized as the characters are in the comic book. Not to get into the “why they were that way” but it’s a kind of visual thing. You could say the men are also sexualized but you don’t see unpleasant physical specimens of men either. Like Batman is a hunk. And a big part of the unspoken attraction of those characters is that they’re very big, handsome guys. Which is not to say that we’re going to create unsexual versions of those characters, but we will know them as people. We will know them from when they were young. We won’t have to rely on the visual pop of a bustier. That’s the characters. You’ve got a bustier on. There’s more to it than that.

I’m not happy to see Gotham purposefully aging up a female character to specifically be over 18, because it seems suspicious, especially when it’s a character like Poison Ivy who has historically been objectified. It was cool to see Gotham show us a completely different interpretation of Poison Ivy, but as of this recasting, that goes out the window.

I’m also not happy to see Gotham sexualizing the young Bruce Wayne here by surrounding him with older women. The actress who plays Catwoman will turn 18 next year, and the choice to make Poison Ivy 19 just seems a little too specific to me. On the show, “Cat” has already been established as the more flirtatious in contrast to shy, young Bruce Wayne, but it still firmly feels like a childhood crush between peers as opposed to a situation where a much-older woman is preying on a younger guy. If Gotham starts heading towards the latter, well … that would be really gross.

Another strange layer to this news is that I’m pretty sure Maggie Geha is actually 28 years old, if this old modeling profile is correct. On the one hand, props to her for getting cast, since as we reported earlier today, the 28-year-old Elizabeth Banks was considered too old to play a teenaged Mary Jane back in the 2002 Spider-Man (even though Tobey Maguire is only one year younger than she is). On the other hand, that age discrepancy complicates the issue further.

Regardless of Maggie Geha’s age, clearly the casting directors think she passes for 19. However, that all feels extremely weird once you factor in the part where she could be flirting with a 15-year-old boy. Won’t it be weirdly obvious that she’s an adult woman, especially once she’s standing right next to her much-younger co-star?

In Spider-Man, everybody looked too old to be in high school, so the whole thing was a wash. But in Gotham, the young characters were actually played by young actors, which was pretty darn cool. Catwoman, Poison Ivy, and Bruce all seemed like they could really be peers, but that’s all going to change. It’s pretty depressing to see the creative team reversing their original decision to let the Gotham kids be kids. Maybe when we see it, we’ll all be pleasantly surprised, but for the moment, I’m having trouble coming up with an optimistic take on this piece of news.

(via Comics Alliance, image via Lulu Lovering on Flickr)