Why Is Gotham Recasting and Aging Up Poison Ivy? 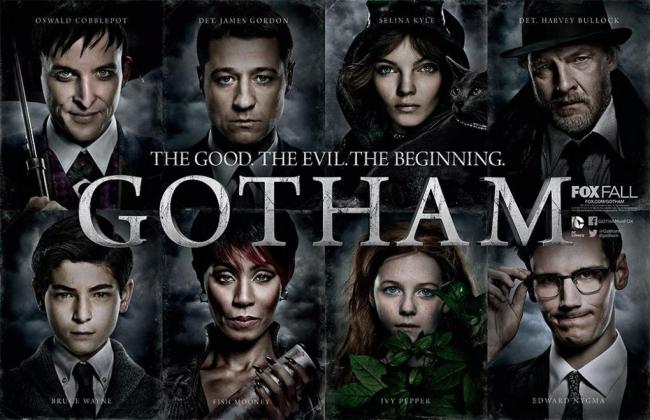 As fans of this Batman prequel TV show know well, Gotham‘s characters are supposed to be a decade or two younger than their comic book counterparts, since the show takes place during Bruce Wayne’s teenage years. Most of the actors aren’t actually the right age for this, and the timeline for Gotham is definitely wonky. Nonetheless, the young actors who play Bruce, Catwoman and Poison Ivy are all actually teenagers. However, Poison Ivy is about to get a big growth spurt … of several years.

For the first two seasons of the show, Clare Foley played Ivy Pepper, a shy redheaded orphan who didn’t possess the same world-weariness as her older friend Selina “Cat” Kyle, played by Camren Bicondova. Foley is only 14 years old, but Bicondova is 17. Gotham already plays up the young Catwoman’s sexuality a bit by putting Bicondova in leather and having her flirt with Bruce; I imagine that after Bicondova turns 18, they’ll ramp that aspect up even more. Fans seem to think that this same mindset might be what’s behind the decision to recast Clare Foley, because the new casting call for the Poison Ivy character specifically calls for an older actress.

According to TV Line, Gotham will be casting “an actress in her late teens to assume the now-series regular role of the would-be eco-terrorist.” The name “Poison Ivy” isn’t used specifically in TV Line’s article, but since Clare Foley won’t be returning to the show, it seems likely that she’s being replaced by someone a few years older. Since the casting call says “late teens,” that sounds like age 17-19, meaning someone who’s closer in age to Bicondova. If both Catwoman and Poison Ivy are 18 years old, then the show will be able to sexualize both of them more. A previous report about Season 3 casting for the show also indicated that the series would be adding a “young villainess ‘who uses her sexuality to entrap men'”, but didn’t specifically name that character as Poison Ivy.

Gotham often shies away from using character names directly, instead implying who characters might be by using nicknames (e.g. “Ivy,” “Cat”). In the past, Gotham has done some bait-and-switch plot-lines where it seems like a character will turn out to be some super-villain or other, but then they die or they turn out to be someone else entirely. That gives me some hope that perhaps this casting call is an intentional misdirect and that Poison Ivy isn’t necessarily getting recast. Maybe this is just some other female eco-terrorist who will end up inspiring the young Ivy to take on that role when she becomes an adult. However, since Clare Foley hasn’t been asked to return to the show, it doesn’t look good.

This is a shame, because Clare Foley’s version of Ivy was fascinating to watch. She really had a handle on playing a subdued, spooky version of the character. What’s even more depressing than that is that Bruce Wayne’s actor, David Mazouz, is only 15 years old, but he isn’t going to get recast any time soon. Or maybe he is? Gotham makes bizarre decisions all the time, so I guess I should never say never.

(via HitFix, image via Supervillain Network)