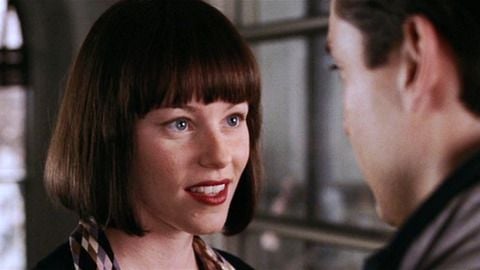 Elizabeth Banks recently spoke to Glamour about her role in the Sam Raimi Spider-man films. While she landed a minor role as Betty Brant, the secretary at the Daily Bugle, Banks had originally screen-tested for the role of Mary-Jane Watson. However, the 28-year-old Banks, was deemed too old for the role and it went to 20-year-old Kirsten Dunst instead. Fair enough, right? Mary-Jane is a high school student in the movie and it makes sense that they cast an actress who’s closer to high school age.

Except when you realize that lead actor Tobey Maguire is only one year younger than Banks, who said:

Tobey and I are basically the same age and I was told I was too old to play her. I’m like, ‘Oh, okay, that’s what I’ve signed up for.’

While I’d really like to say this wasn’t a case of ageism or that it was simply a question of who was more suitable for the role, there’s no denying that Banks’ anecdote fits in with Hollywood’s unfortunate habit of letting men age and keeping their love interests young. It echoes Olivia Wilde being told that she was too old to play 37 year-old Leonardo DiCaprio’s love interest at 28, Maggie Gyllenhaal being told she was  too old at 37 to play the love interest of a 55-year-old-man, Emma Thompson being told she was too old for Hugh Grant in Sense and Sensibility, and countless other stories. Numbers reveal the same thing: men are allowed to age and continue pursuing interesting, thoughtful roles. Women? Less so. The amount of dialogue female actors receive decreases as they get older.

Would Spider-Man, Spider-Man 2, and Spider-Man 3 have been better if it was Elizabeth Banks being kidnapped all the time? (I joke, but definitely check out Sarah Barrett’s piece on the surprising feminism of the trilogy.) I can’t say, but I’m sure we’ve missed out on tons of awesome and compelling performances because of ageism and we’ll continue to until Hollywood gets their ish together.