Why Doesn’t Gotham’s James Gordon Have a Mustache and Glasses? 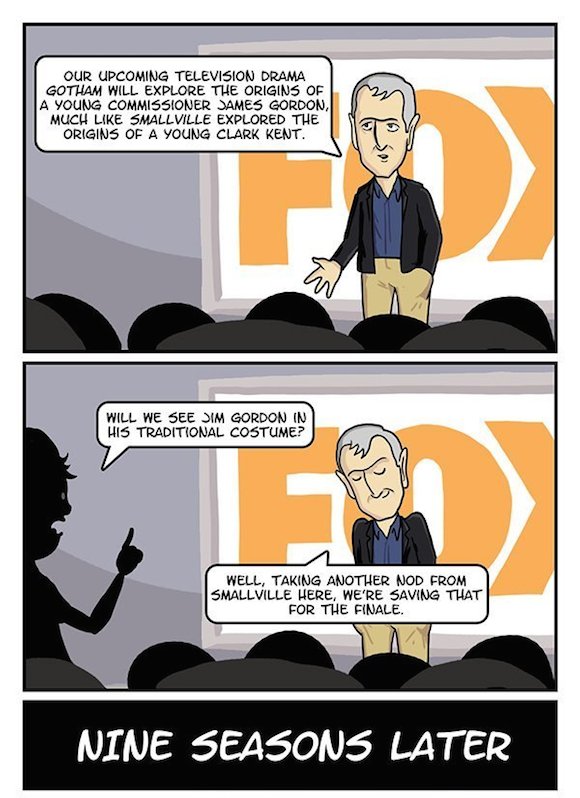 We’ve spent many hours wondering why Gotham‘s James Gordon lacks his signature dad-stache. We’ve even indulged in a little photoshop. But Dorkly has finally provided a logical reason for the change.