Poacher’s snares, which can maim and often kill gorillas in the wild, are one of the biggest threats to mountain gorilla populations. Field staffers for the Dian Fossey Gorilla Fund in Rwanda, however, are reporting a rather remarkable sight: Young gorillas taking the matter into their own hands, using their cognitive skills to dismantle the traps themselves.

Recently, the staff at the Fossey Fund reported finding a juvenile gorilla they call Ngwino caught in one of the snares. She dislocated her shoulder as she desperately struggled to escape, and suffered from severe rope cuts that resulted in gangrene. The staff intervened and tried to get her veterinary help from the Mountain Gorilla Veterinary project, but to no avail; she did not make it.

The staffers report that Ngwino’s was the second death they’d witnessed this year as a result of the snares. There are many such traps in the area, and Dian Fossey trackers have disabled four from the are recently.

They’ve tried to remove more than that, as well, only to witness the gorillas taking them down themselves. Field data coordinator John Ndayambaje saw a snare rather close to the group of gorillas, and so decided to dismantle it. As he was approaching the trap, however, the scene changed:

A silverback called Vuba pig-grunted at him – a vocalisation of warning – and at the same time juveniles called Dukore and Rwema together with a blackback called Tetero ran toward the snare and together pulled the branch used to hold the rope.

They saw another snare nearby and as quickly as before they destroyed the second branch and pulled the rope out of the ground.

Such efforts by the gorillas themselves has been seen before, but it’s mostly been by adult silverback gorillas. This is confirmation that both gorillas young and old have joined the battle against the snares; one of the staffers noted that “today, two juveniles and one blackback worked together to deactivate two snares and how they did it demonstrated an impressive cognitive skill.”

They’ve got some photographic evidence, as well: 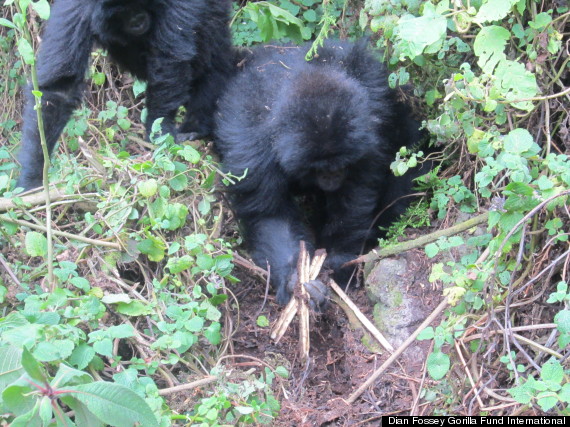 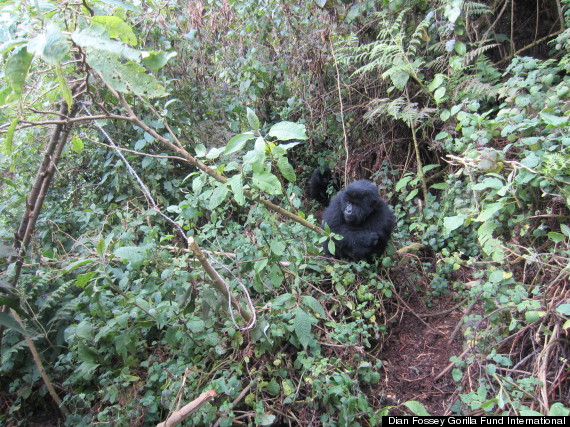 The fight to stop the death of gorillas by the hands of poachers and their snares is obviously far from over, but it is heartening to see humans and gorillas both working hard to do their part.