Gwyneth Paltrow’s Goop to Pay $145,000 for Pretending That Vagina Eggs Have Medical Benefits When They (Shockingly) Don’t 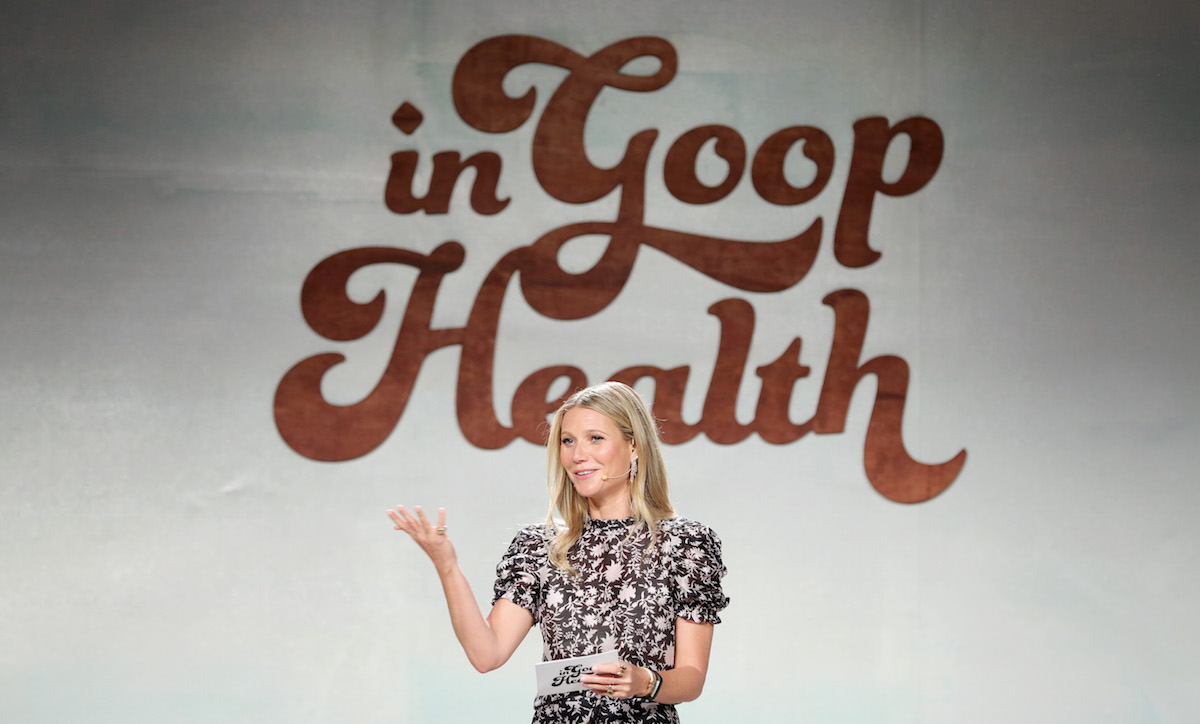 Whelp ladies, time to take out those vagina eggs, hose them off, and use them to decorate your new terrarium. Gwyneth Paltrow’s luxury lifestyle brand Goop has agreed to settle a consumer protection lawsuit for $145,000 over falsely claiming that their health and wellness products have actual medicinal benefits. The suit, filed by the Santa Clara County District Attorney’s Office alongside nine other California prosecutors, called out the company for “unsupported attributes for Goop’s Jade Egg, Rose Quartz Egg, and Inner Judge Flower Essence Blend.”

This suit was a long time coming, as Goop has been peddling various “treatments” and “cures” like vaginal steaming, spacesuit stickers, bee-sting therapy (which killed a woman in Spain), and sticking wasp nests in your vagina (although I do call my vagina a WASP’s nest bc I can’t stop dating preppy white boys, JK!)

According to the district attorney’s statement, Goop’s “wellness empire sold a series of women’s health products whose advertised medical claims were not supported by competent and reliable science.” District Attorney Jeff Rosen said, “The health and money of Santa Clara County residents should never be put at risk by misleading advertising. We will vigilantly protect consumers against companies that promise health benefits without the support of good science … or any science.” LOL at “any science”! Any science at all, folks, we’re taking any and all sciences!

Goop has long been criticized for their outlandish and unsubstantiated medical claims. The online description for their jade and rose quartz vaginal eggs claim that the eggs can fix everything from sex drive to vaginal toning to bladder control to optimal well-being. And apparently, you can recharge their energy with the full moon, because these eggs are also werewolves.

As for the Inner Judge Flower Essence Blend, the site claims that it “supports self-acceptance, flexibility, compassion and forgiveness” and can also help “prevent shame spirals downward toward depressive states.” Who is the resident Goop doctor, Dr. Spaceman from 30 Rock?

These claims have been widely debunked by doctors and scientists on the internet, most vocally from obstetrician-gynecologist Dr. Jen Gunter, who has repeatedly called out Paltrow and Goop for false medical claims. Goop issued a response to Gunter, which was roundly criticized by medical professionals online.

Also
2017 @GwynethPaltrow and @goop were attacking me for being strangely confident despite me being the actual expert
2018 @goop is reluctantly succumbing to the ideal that a vague semblance of facts is necessary to move product 2. pic.twitter.com/QFjOW7k4hO

@GwynethPaltrow and @goop have featured an AIDS denialist, a dude who talks with ghosts about fruit, a medium, a doctor who says your dead brain can be cured with love, anti vaccine doctors. Those statements stand on their own. Ethical people don’t do that 4.

Thanks ⁦@DrJenGunter⁩ for helping to identify the gross nonscientific medical advice that was given by ⁦@goop⁩. Awesome news that the courts have put an end to the quackery. https://t.co/sA4Or9ElU1

Goop was quick to settle the lawsuit, paying the $145,000 fine and agreeing to refund any customer purchases and to cease advertising their products as having actual health benefits. Erica Moore, Goop’s chief financial officer, released a statement saying, “Goop provides a forum for practitioners to present their views and experiences with various products like the jade egg. The law, though, sometimes views statements like this as advertising claims, which are subject to various legal requirements. The Task Force assisted us in applying those laws to the content we published, and we appreciate their guidance in this matter as we move from a pioneer in this space to an established wellness authority.”

Is it just me, or is that a wildly self-congratulating statement for a company in response to legal action? And also, $145,000 seems like a very low figure, considering the company has raised $75 million in venture capitalist funding alone, and is valued at $250 million. As Goop expands its market and reach, here’s hoping that we’ll be spared more medically inaccurate nonsense … but somehow I doubt it.