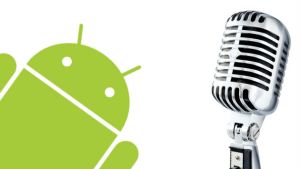 Siri is about to meet her competition — at least that’s what reports are saying about Google‘s next incarnation of its Voice Actions feature for Droid phones. While the assistant doesn’t have a name yet, engineers have codenamed her Majel, after Majel Barrett-Roddenberry, the wife of Star Trek creator Gene Roddenberry who provided the voice of the show’s Federation Computer. Which is kind of appropriate, especially if Google is trying to attract more nerds to their phones. But while some have used the term “this year” to describe Majel’s release date, that only leaves about three weeks until the actual release. So, probably not this year, but early next year? Maybe Siri knows …

Google’s Matias Duarte hinted at how Majel would work in an interview with Slashgear at the end of October, giving even more information about its Trekkie roots:

“Our approach is more like Star Trek, right, starship Enterprise; every piece of computing surface, everything is voice-aware. It’s not that there’s a personality, it doesn’t have a name, it’s just Computer.”

At least, that was the case at the time. What it won’t have, however, is an animated avatar. Now that Siri has been such a cultural phenomenon (even inspiring comedy sketches), the feature currently known as Majel might have to develop some kind of personality after all.

In its first release, “Majel” might only work as a vocal Google query, but may still evolve to Siri’s level of vast knowledge. Though while engineers are working around the clock, that release probably won’t be until January or February unless they ask Santa for Hermione’s time turner.

(via Android and Me)