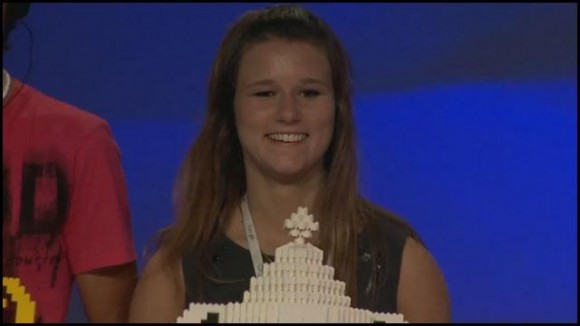 Looking back on high school, I’m often surprised that I graduated with even a modicum of science literacy — let’s just say that my projects usually seemed a bit rushed, which is to say they were entirely completed the night before the due date. But for the teens who competed in this year’s Google Science Fair, an annual competition that invites teenagers from around the world to digitally submit their science projects, I think it’s safe to say that science is a blessing and an opportunity, and not a curse. Among this year’s amazing contestants, grand prize winner Brittany Wenger, a 17-year-old girl from Florida, seems to be stealing the show — and with her amazing project, a neural network that can diagnose breast cancer with 99.11% accuracy, can you really blame her?

When it comes to breast cancer detection, the least invasive method, Fine Needle Aspiration (FNA), is often the least accurate. On the prowl for a research project, Wegner thought she might be able to harness the power of computer to boost the diagnostic method’s accuracy.

Wegner, who has been fascinated by Artificial Intelligence since the 7th grade, spent more than 600 hours coding her groundbreaking artificial neural network. The program, which operates from Google’s Cloud, learns from patterns and mistakes in data sets. After inputting 681 fine needle aspirate samples, her program was able to learn the similarities and differences across the entire data set, eventually “teaching” the network to detect cancerous tumors given a fine needle aspirate with near perfect accuracy. In honor of her outstanding scientific achievement, Google has awarded her a $50,000 scholarship for college, a lego trophy, a trip to the Galapagos Islands, and perhaps most importantly, worldwide recognition.

Wegner plans to leave her project online, and encourages hospitals and physicians to input their own data, which will only stand to improve the accuracy of her network. As for her own plans, the young scientist hopes to follow her dreams and work at the forefront of computer-assisted cancer research and patient care, an easy feat for a hungry mind like hers: “When you’re passionate about something you’ll be persistent and really enjoy it,” she said.

Though she hardly needs it considering how much she has impacted the world of science already, we wish her all the best in her future career! Congratulations, Brittany!