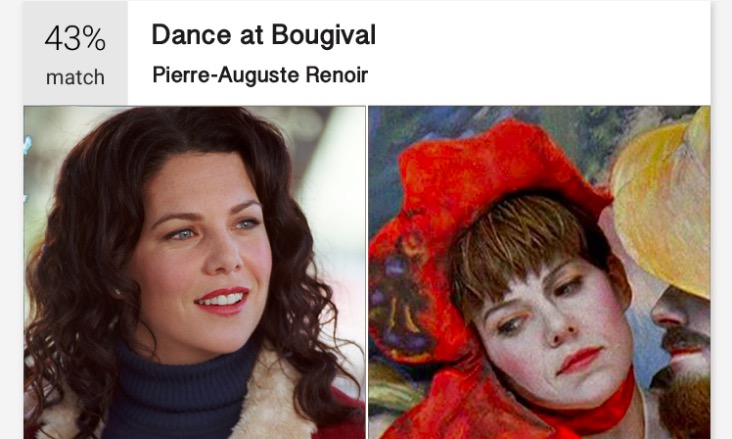 Google has an app that will more-or-less perfectly (more often less, which is often more amusing anyway) match you up against portraits in museum collections with facial recognition, and present you with a side-by-side comparison. It’s not quite Gilmore Girls’ painting-recreating “Festival of Living Art” episode, but at least you don’t have to worry about involuntary muscle spasms or ruining things with an unexpected phone call!

Most people won’t wind up with a Lorelai Gilmore/”Renoir girl”-level match, but the app will give you a few options, with a percentage of accuracy for each. And hey, if you don’t get anywhere close to a 100% match, you’re just unique! … Right? Anyway, the highest I managed to land was 43%, and honestly, I can see where the app is coming from on this one: 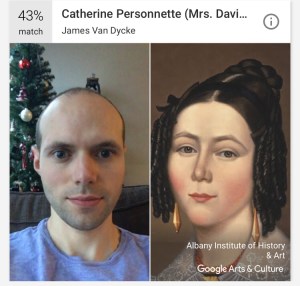 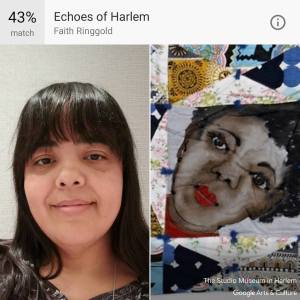 On the other hand, my friend’s 4-year-old looks nothing like her 32% Robert Dodsley match, so your mileage may vary. If you saw people playing with the app all weekend and want to play with it yourself, the feature lives inside Google’s “Arts & Culture” mobile app and can be found by taking a quick scroll down the front page. It also promises that Google won’t use your image data for anything else, in case you’re appropriately creeped out by the idea of Google cataloguing your face.

Or you can just check out what everyone else has been doing with it, with varying degrees of seriousness/actual use of the app:

Torn between which one I think is better likeness with the Google Arts and Culture app. pic.twitter.com/uSw8RmOip8

this is why i dont trust technology @Google pic.twitter.com/KbUpJTscAb