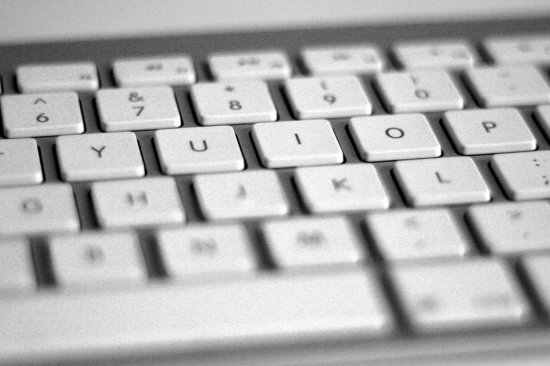 Do you have any idea how hard it is to type Don’t Be a Menace to South Central While Drinking Your Juice in the Hood into a Netflix search using a remote that only has three buttons? It takes a week and a half. It’s unacceptable, but that’s what Apple TV owners like me have had to deal with for too long now. Finally, though, Apple is going to be fixing an obvious oversight and let owners pair their Apple TV with a Bluetooth keyboard thanks to a software update.

This is a classic move by Apple. They restrict their product from doing something it is clearly capable of just so they can reveal it later as a new feature, or to force consumers into buying the next version of the product. It’s the same reason the iPhone 4 never got Siri — so that people would upgrade. It’s the reason people jailbreak Apple products, and it’s part of the reason I recently switched from an iPhone to a Galaxy S III.

The only real disadvantage I’ve had since switching phones is that I had gotten used to using the Remote app on my iPhone to control my Apple TV. The keyboard made putting in search queries much easier than the included remote, but there’s no Android version that does the same thing.

The remote itself isn’t a problem. For the sake of navigating the menus of the Apple TV it’s fine. I switch between using the included remote and my Sonic Screwdriver universal remote when watching my Apple TV, but neither makes typing out words in the search fields anything but an infuriating experience. Of course the advantage to the Sonic Screwdriver remote is that it lights up, makes cool noises, and makes you feel like The Doctor.

The new feature comes via a software update that is currently in beta. It could also mean a new, more feature rich version of the Apple TV remote. Bluetooth capabilities could allow a microphone to be put on the remote, offering a Siri-like experience for Apple TV users, and by Siri-like, I of course mean “Neat, but buggy and incredibly frustrating.”