Let’s All Settle Down, Internet: That “Gay” Google Search Easter Egg Has Been There a While

Anyways, have you seen this new "David After Dentist" video? It's crazy! 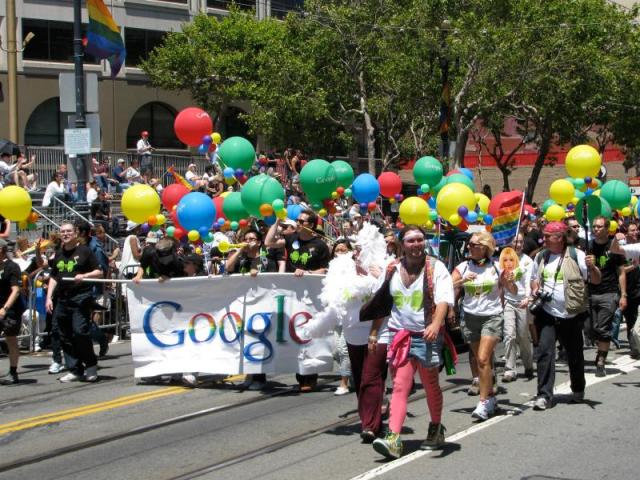 Listen, we’re as happy about the Supreme Court rulings against both DOMA as most of you probably are — and if you aren’t, please know that you are absolutely entitled to your opinion, but that it is also totally wrong.  However, we’re also kind of confused: Did none of you ever search for the terms “gay,” “lesbian,” “gay marriage,” “LGBT,” or literally any related terms before just now? Because if you had, you might have already noticed the rainbow-adorned Google search banner that people are mistakenly calling a “timely” tribute to the rulings. Guys, you all know it’s Gay Pride Month, right?

In case you’re too lazy to type three letters into a search bar, let us Google that for you: 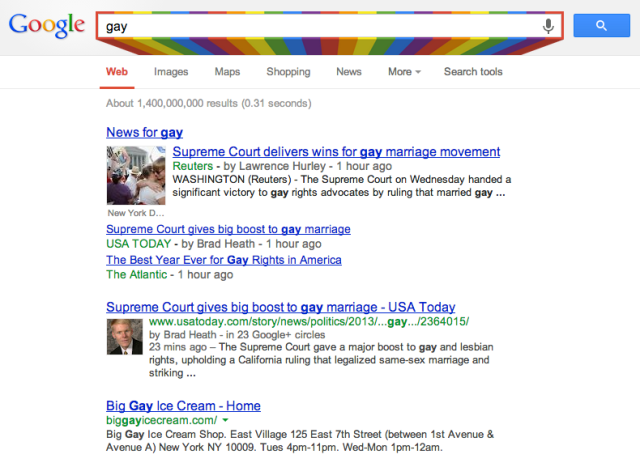 (Also, if you’re ever in New York City, stop by the Big Gay Ice Cream Shop. It’s a real place, and their stuff is delicious.)

While the bigger new organizations have only noticed this fantastic bar of rainbows in the past couple of hours, we found a story by Australian site Same Same describing the change as far back as June 20th.

Despite potentially inadvertently outing a whole bunch of people by offering up their private information to the NSA , Google is actually fairly decent when it comes to support of LGBT issues. They’ve officially come out in favor of marriage equality in the past and have been participating in pride-related activities all month.

YouTube is also planning to highlight LGBT-themed content on June 28th, so don’t get caught by surprise when all the ads that day are for Gay Pride instead of Subway sandwiches or…whatever it is that I’m usually skipping past.

Speaking of awful segues, here’s a Tumblr GIF that might come in handy today.