EA Officially Makes a Stand in Support of Gay Marriage 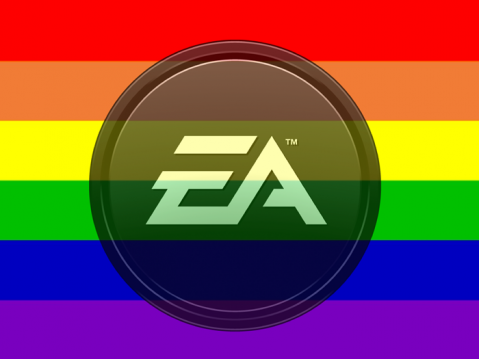 It would be a gross understatement to say that EA Inc. isn’t the most popular company nowadays. Intrusive DRM, release-day DLC, disc-locked content, and the habit of suffocating smaller game companies are just a few of the reasons EA received the dubious honor of being named The Consumerist’s “Worst Company in America” back in April. On Wednesday, the company announced that it had joined a coalition of businesses in support of the repeal of the Defense of Marriage Act, or DOMA.

Electronic Arts Inc. has a history of supporting the LGBT Community, defending the inclusion of gay characters in games such as Mass Effect and even working with the “It Gets Better Project” to produce a video promising LGBT youth that it does, in fact, get better. In a post on EA’s official news blog, the company stated the following:

Electronic Arts has joined with dozens of leading US employers in signing an amicus brief that opposes the Defense of Marriage Act (DOMA) and urges the Ninth Circuit Court of Appeals to find portions of the Act unconstitutional.

DOMA presents a number of problems for businesses like EA, as it creates regulatory, tax, and discrimination complications for employers, and that’s why we’re standing against it. The underlying lawsuit impacts all employers no matter how big or small, and no matter the industry, and we encourage other business to join these efforts.

The Defense of Marriage Act is a U.S. law on the federal level which states that “the word ‘marriage’ means only a legal union between one man and one woman as husband and wife.” Under DOMA, states are not required to recognize the marital status of same-sex couples married in other states. The act was signed into law in 1996 and has been in effect ever since.

Karen Golinski is challenging the constitutionality of section 3 of DOMA, the section defining marriage as a legal union between a man and a woman. The case stands before the Ninth Circuit Court of Appeals, with oral arguments set to begin on September 10.

What EA actually signed was an amicus brief, basically a statement of support for Golinski and opposition to the Defense of Marriage Act. Electronic Arts Inc. joined the ranks of over 70 companies, including Microsoft, eBay, Viacom, and Google, in opposition to DOMA.

Upon receiving the news of EA’s signing of the brief, many members of the online community remain skeptical. Many individuals argue that EA’s actions were inspired by their being named the “Worst Company in America.” Some see this as a PR campaign meant to improve EA’s image in the wake of the negative press they received after The Consumerist’s poll. Any significant backlash toward EA has yet to be seen.

(EA via The Escapist)