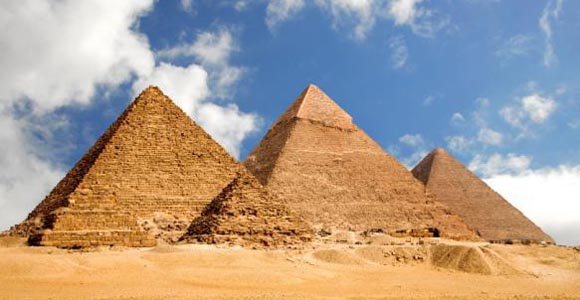 Lots of folks have tried to claim throughout the years that the famous pyramids of Egypt were built by aliens. I have a feeling this news will only strengthen those opinions. Google Earth may have accidentally found some undiscovered pyramids thanks to a photo taken from their satellite in outer space. Hit the jump to find out how this all happened and see exactly what Google Earth saw.

The Great Pyramid of Giza was built around 2560 B.C. and is well known throughout the world but the discovery of new pyramids would be a pretty huge deal.

According to Discovery.com, there are two possible pyramid complexes. “Located about 90 miles apart, the sites contain unusual grouping of mounds with intriguing features and orientations, said satellite archaeology researcher Angela Micol,” they write. “One site in Upper Egypt, just 12 miles from the city of Abu Sidhum along the Nile, features four mounds each with a larger, triangular-shaped plateau.”

From what they can tell, the new site is arranged around a specific formation that is three times the size of the Great Pyramid. 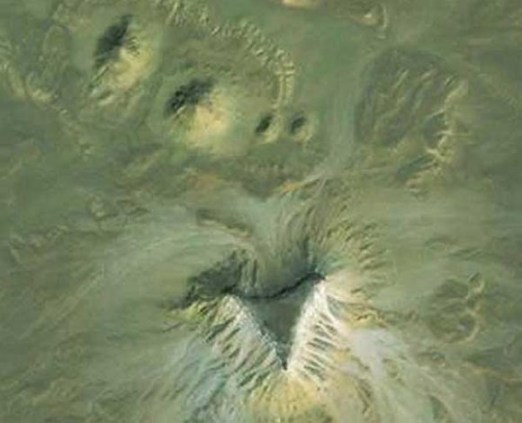 “Upon closer examination of the formation, this mound appears to have a very flat top and a curiously symmetrical triangular shape that has been heavily eroded with time,” Micol wrote in her website Google Earth Anomalies. “It has a distinct square center which is very unusual for a mound of this size and it almost seems pyramidal when seen from above.”

The new site is located about two miles south east of the ancient town of Dimai, founded in the third century B.C. but abandoned during the mid-third century A.D.

It may be clear to some, bumps to others but Micol is excited about the prospect. “The images speak for themselves. It’s very obvious what the sites may contain but field research is needed to verify they are, in fact, pyramids,” Micol said.